Facebook’s stand-alone VR headset, the Oculus Quest 2, is great for gaming and for squeezing in some exercise. In this article, we go through a few games that could help you lose weight.

One of the great benefits of many VR games is physical exercise. Virtual adventures combined with full-body movement can have a positive health effect.

Since 2017, the Virtual Reality Institute of Health and Exercise has been conducting studies that examine the effects of virtual reality on people’s physical health.

The researchers create so-called “Exercise Ratings”: these describe how many calories you burn with which VR game and which sport this is equivalent.

In the following list, we refer to the values from the Exercise Ratings and to estimates from the VR fitness site VR Fitness Insider.

Since Facebook’s update 23.0, the Oculus Quest 2 has its own fitness tracker. While you use VR apps in the Quest, Oculus Move measures your movement activity and estimates calorie consumption. You can set individual fitness goals and thus keep an eye on your progress.

To help you put together a suitable VR training plan that will keep you fit and healthy even during long home office phases, we present the best fitness games for Oculus Quest and Oculus Quest 2.

You can read more about healthy gaming on our article right here.

The best VR experience available at the moment, Beat Saber is a highly immersive rhythm game where you slash boxes and avoid obstacles in a futuristic world. 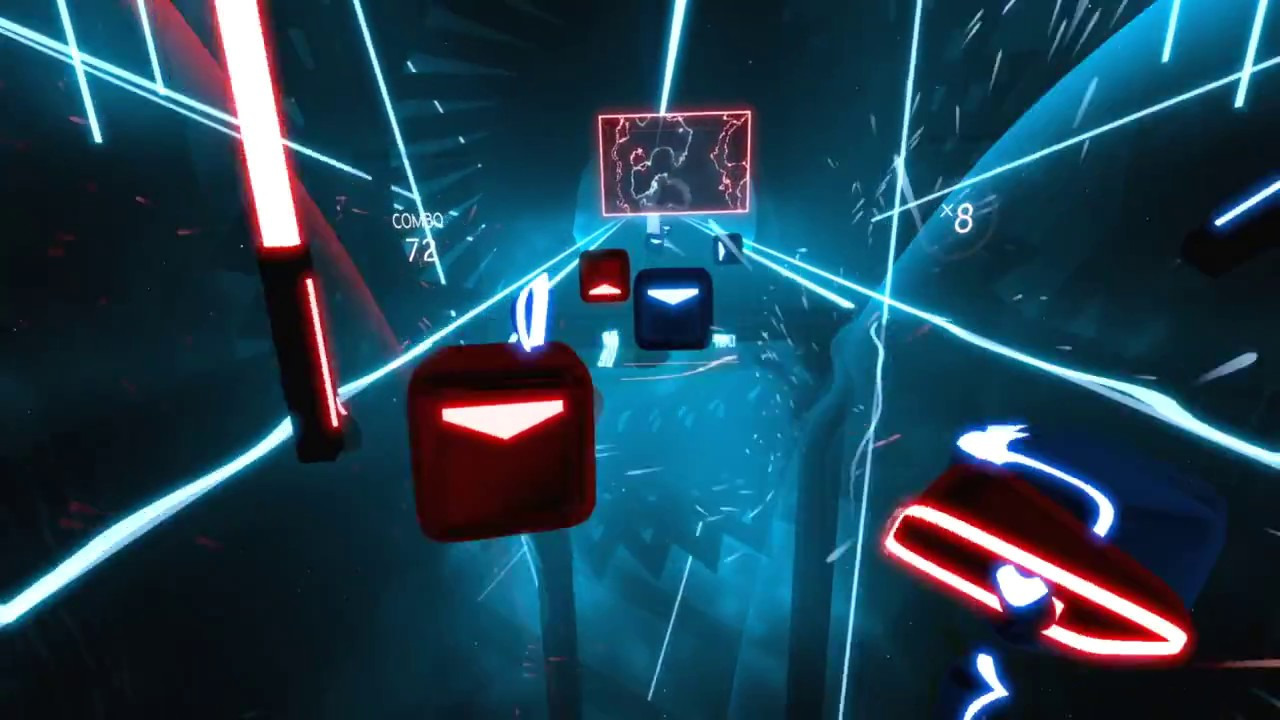 There are several game modes, including a campaign and multiplayer modes in which you can compete on local and global leaderboards.

The best part is you can mod the game and import songs and levels from other community members – meaning plenty of challenge and customization.

In Creed, you take on the role of Adonis Creed and will step into the ring to go toe-to-toe with the world’s best boxers. Using the game’s phantom melee technology, you will feel what it’s like to throw punches and take punishing hits.

You can even fight against recognizable fighters such as Viktor Drago, Ivan, and even Rocky Balboa himself.

Work your entire body in this fun rhythm game and customize your experience with its many gameplay options. 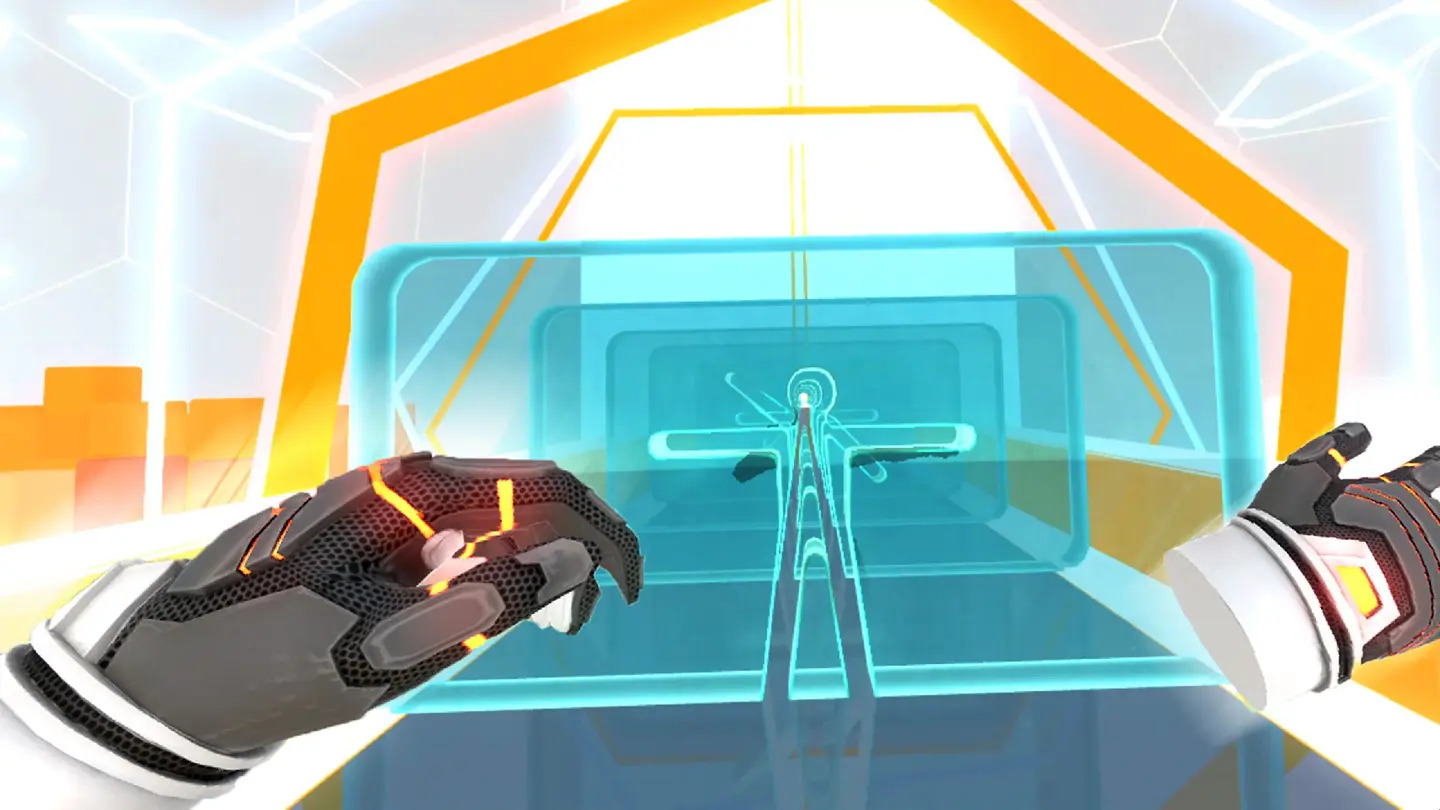 What’s great about the game is that it has a level editor, workout challenge, and a party mode so that you can get everyone in the house exercising.

Space Pirate Trainer is an incredibly addictive and rewarding game. Using blasters, you will shoot down waves of droids in a futuristic and stunning environment. 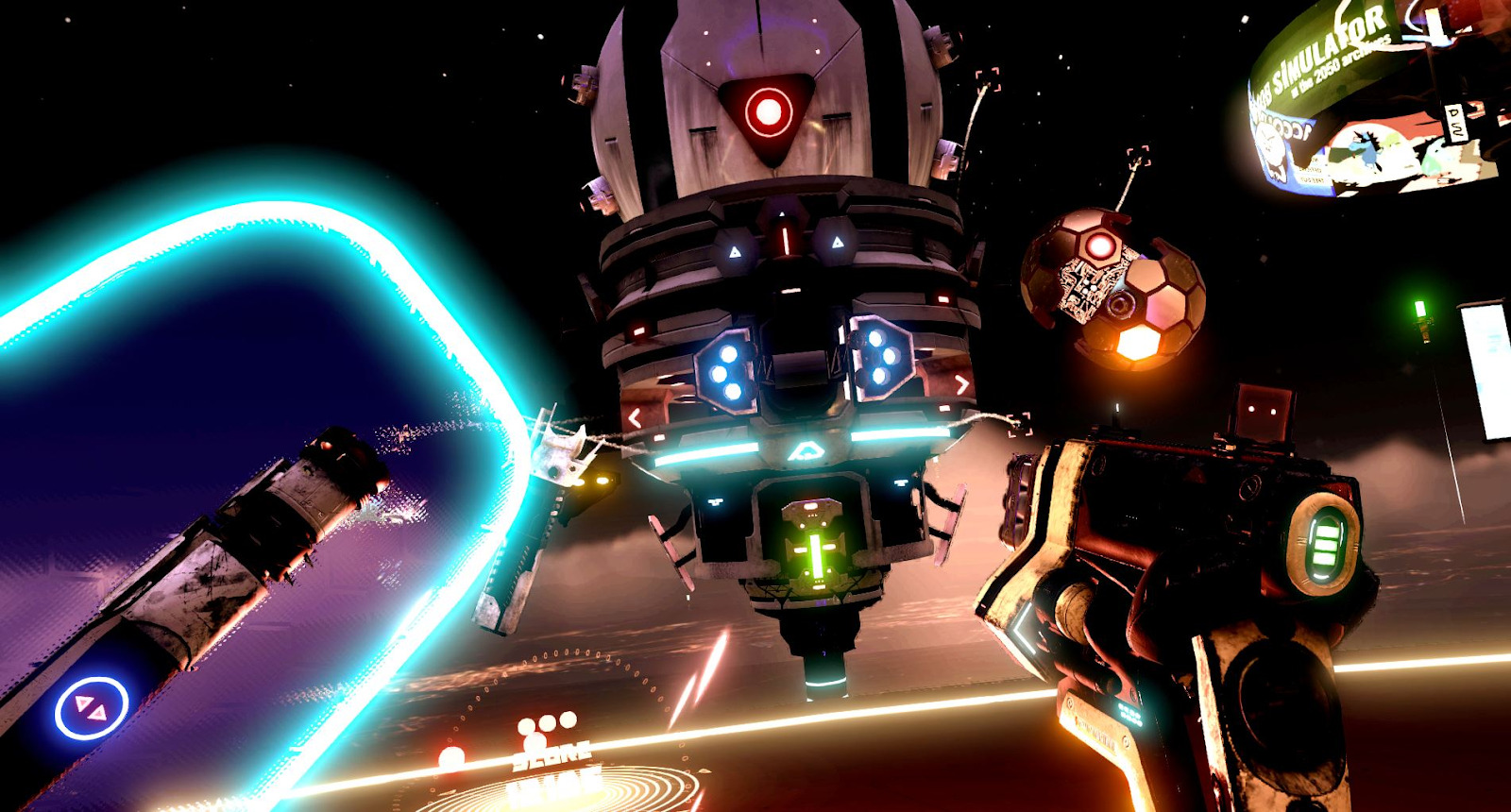 To stay alive from the many types of enemies, you will need to slide, duck, and dodge incoming attacks.

It’s a fantastic game and is worth playing if you have a VR headset, and it comes with local and global leaderboards and different game modes.

Winner of so many awards, Superhot VR is the immersive action game where time moves as fast and as slow as you do. 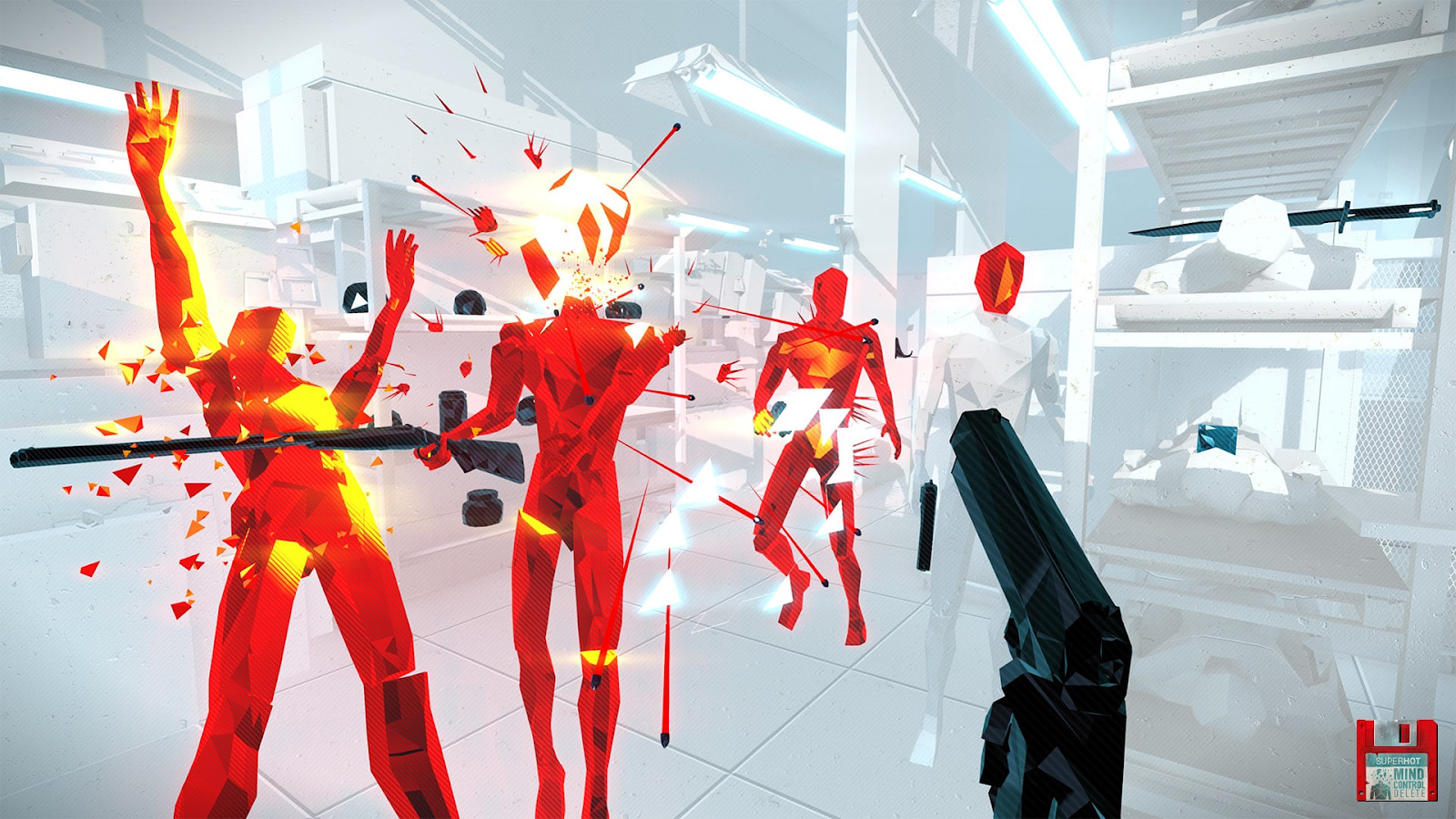 You can pick up objects, throw things, shoot weapons, and punch enemies. Be careful though, one hit, and you’re dead, so you have to be ready to stop, plan, and duck.

This game is addictive, and you will always want that “one more turn.” It’s got several game modes and has some impressive speedrunners.

The Thrill of the Fight – VR Boxing

Improve your cardio and boxing technique, and learn how to land and block punches. 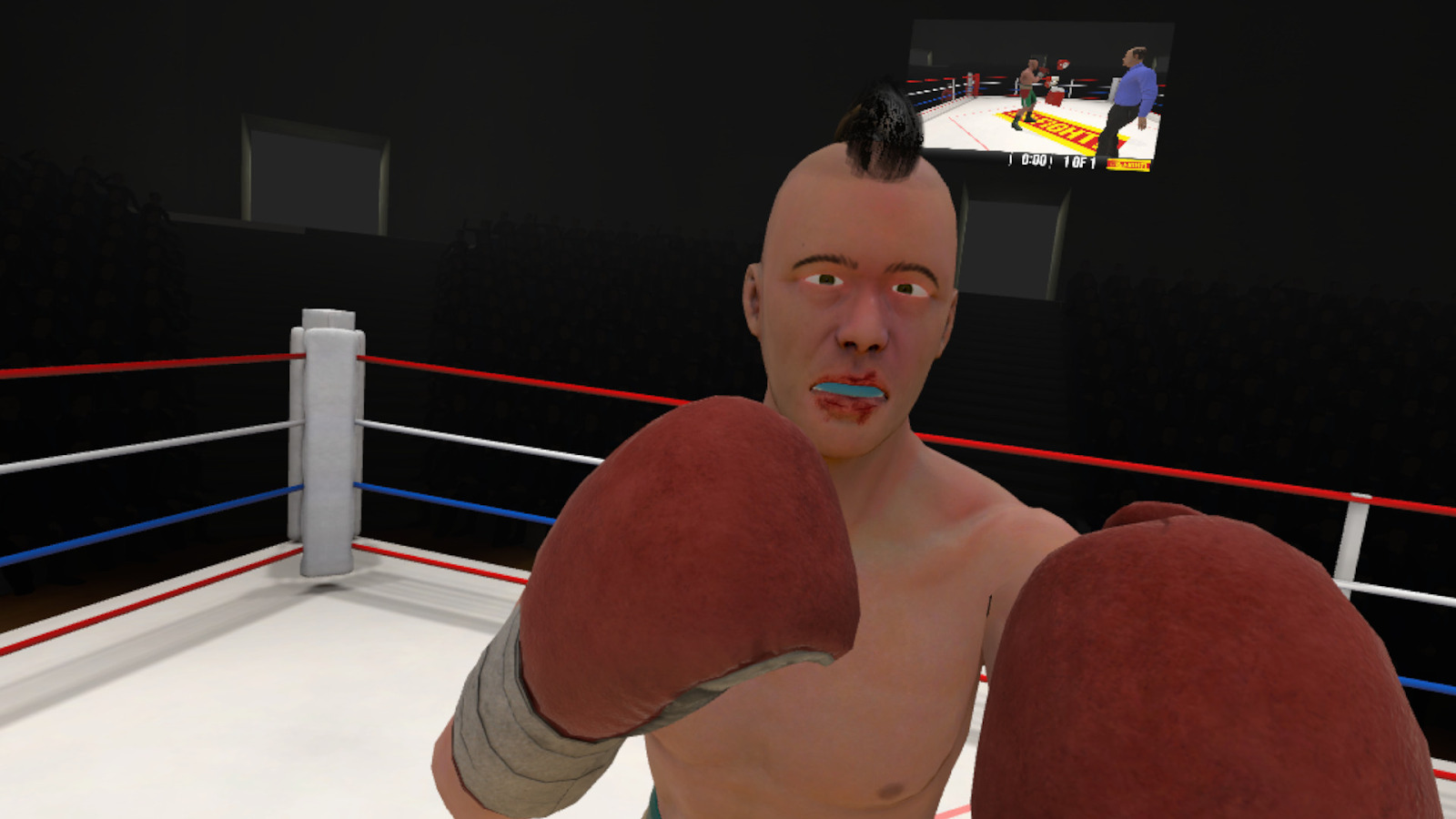 The great thing about this game is that it’s room-scale, meaning you have an entire ring to move around in and can turn 360 degrees during the fight.

Ensure you have a lot of space to play this game because it will keep you moving. You will sweat and get a full-body workout. The player customization, varying difficulty settings, and simple UI make it perfect for the family.