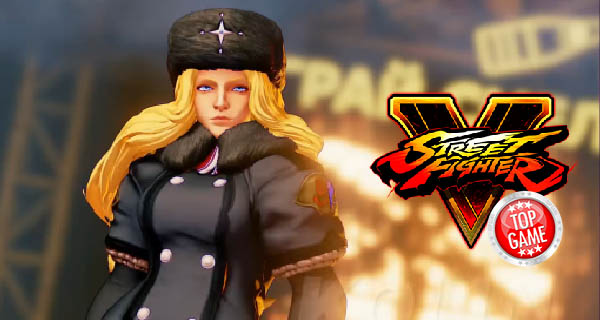 Capcom has a new Street Fighter 5 character which they revealed through a new video trailer. The new character is Kolin or Helen if you like to call her that.

A quick back story of Kolin from Capcom Unity:

After working in the shadows for Gill and the secret Illuminati organization, Kolin makes her Street Fighter 5 debut. First appearing in Street Fighter 3, Kolin works behind the scenes in order to fulfill the prophecy of Miraha and stop any who dare stand in Gill’s way. She is typically calm and collected, but can suddenly fly into a rage when anybody threatens Gill and his plans. Spoiler alert she resurrects Nash and uses him as a pawn too, showing she will do anything to achieve her goals.

Kolin’s V-Skill is called the Inside Slash that lets her deflect and easily counter incoming moves easily. Her V-Trigger is called Diamond Dust that allows Kolin to release a path of sharp icicles across the floor that puts the opponent in a frozen state. Her Critical Art is called Frost Tower where she dashes forward with ice in her hand, if and when her attacks connect large icicles will be summoned from the ground to propel the enemy in the air and dropping them down once again in an icy fury.

Kolin excels in the Russian Martial Art of Systema, utilizing the opponent’s momentum against them and executing various slash-like attacks and knife hand strikes. Gill has bestowed upon her the power of ice, allowing her to augment her fight style with frigid blasts of deadly icicles. She is often heard speaking condescendingly towards her opponents, knowing they don’t stand a chance before her, let alone Gill. Where did her hatred of Shadaloo come from and how did she originally became involved with Gill?

Players can access Kolin of February 28. She is part of the Street Fighter 5 Season 2 Character Pass.

What do you think of the new character Kolin? Share your thoughts with us in the comments below. 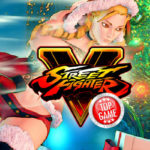 The holiday season will give our favorite Street Fighter V characters Christmas themed outfits. A special stage is also decorated for the Holiday season.