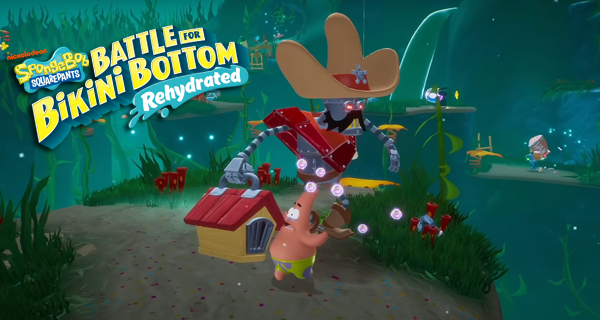 The trailer is called “Welcome To Kelp Forest” and is just about a minute long. According to Encyclopedia SpongeBobia, “Kelp Forest is a large forest that is on the outskirts of Bikini Bottom and the edge of Bottoms Up”. The forest is filled with kelp plants which appear to be more like a jungle instead of a forest. We get to see SpongeBob and Patrick jump on giant leaves and take on huge robot-like enemies. You can watch the complete SpongeBob game trailer below:

SpongeBob SquarePants Battle for Bikini Bottom Rehydrated is set to launch on June 23, 2020, and is available for PC, PlayStation 4, Xbox One, and Nintendo Switch.