Arkane Studios has an all new video trailer announcing the new Prey release date. The game was previously spearheaded by Human Head Studios with the title Prey 2 but was canceled. Arkane Studios took over making the game a Prey reboot.

You will play as the character Morgan Yu who is conducting research aboard the huge spaceship Talos 1. After some inevitable events, Yu will find himself fighting for his very life against the alien race called Typhoon. He is not left defenseless though, because of the weird experiments, Yu has acquired destructive evolving powers.

You will see Yu’s powers, the devastating Typhoons, as well as a quick introduction to what the game is about, is the video trailer below.

Along with the announcement of the game’s release date is the pre-order package reveal called the Exclusive Cosmonaut Shotgun Pack. This includes three (3) Transtar Neuromods, two (2) medkits, one (1) recycler shielding chipset, starter fabrication materials and a Margrave Shotgun with ammo plans. 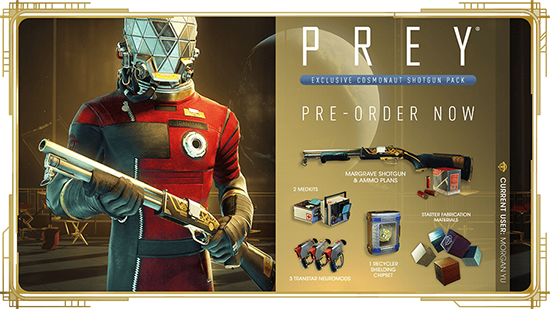 The horror sci-fi game Prey officially launches on May 5, 2017, and is available to play on PC, PlayStation 4 and Xbox One.

Excited about the game Prey? Share your thoughts with us in the comments below. 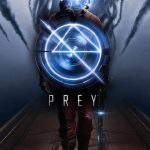 Here’s Another Prey Video Teaser For All Of Us To Enjoy! Check out the items and weapons you will get to use in the newest Prey game in the teaser trailer.