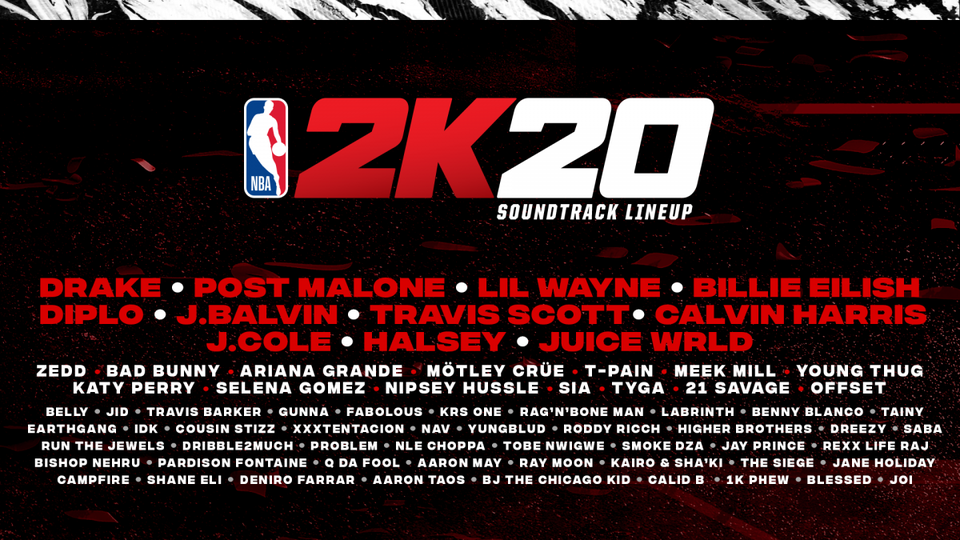 2K has just revealed the tracklist for NBA 2K20’s official soundtrack. The list sports almost 50 singles featuring big artists such as Drake, Lil Wayne, Halsey, Ariana Grande, Katy Perry, Zedd and a whole lot more. It is the biggest selection for any entry in the franchise to date.

The tracks were selected by 2K and validated by UnitedMasters. You can check out and even listen to the full soundtrack through this playlist on Spotify.

UnitedMasters has also revealed that the soundtrack is not final. Ten more songs will be added throughout the NBA season, each one coming from a global competition meant to find original tracks from new artists. In case you want to join the contest, you can submit your entry here. The competition kicks off on August 1st.

🚨The 2K20 Soundtrack is live and will be updated during the year 🚨Submit your music for a chance to be featured on the soundtrack through the United Masters App. Starts 8/1 🚨New gear is coming pic.twitter.com/HarI5NACpT — NBA 2K20 (@NBA2K) July 21, 2019

UnitedMasters founder Steve Stoute said, “NBA 2K has become a centerpiece of culture and sports for the gaming community, with the soundtrack playing a significant role in its success.” Stoute added that UnitedMasters will give independent artists the opportunity to be discovered and featured in the game’s soundtrack.