MotoGP 20 Launch Will Proceed as Scheduled 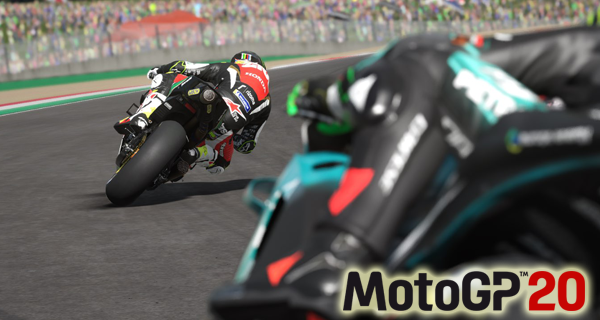 MotoGP 20 Launch Date Will Not Be Moved

MotoGP 20 producer Michele Caletti recently did an interview in which he confirmed that the game will be released as planned. In the interview, he also highlighted the Managerial Career Mode and said that it is the single best feature in MotoGP 20. He further elaborated by saying the Managerial Career Mode “expands the horizon significantly with R&D for the bike, imaginary teams to be created, tests, customization.” He then spoke about the legislative freedom and responsibilities you have as a rider. However, it is indeed a racing game so he clarified that your role as a rider is of utmost importance, so “you won’t get lost in financial micromanagement”. In addition, you can hire your personal manager, your track engineers, and you may even influence team development as a real top rider would.

Caletti also spoke about some key technical upgrades to graphics and physics in this installment. He said that there were graphical improvements to lighting and the track details are now more realistic and photo-matched. MotoGP 2020 is overall “crisper and more vivid” than its beloved predecessor. As for physics, players can expect new fuel management, a new tyre system, and a more demanding and realistic braking dynamic. The game will also have more interesting bike interactions now when it takes damage, winglets can be broken and lost. Character models now look more realistic as well with the laser-scanned faces of team managers and rider.

In MotoGP 20, the additional interactions with the tyres and new braking system also make it possible for players to ride in many different ways. This will directly influence racing strategies that were not possible during MotoGP 19. Because of this, the game is realistic more than ever. The riding styles available can be done in the real world but are not really recommended.

There will also be improvements to the Neural AI A.N.N.A. in MotoGP 20. According to the producer, it will not necessarily learn the behavioral patterns of a rider but will not be powerless in its effort to pose a challenge. It will instead, react to the player’s decisions in real-time. Also, it understands all the new features and mechanics that have been added and knows how to manipulate them making the game challenging, especially at the higher levels.

Michele Caletti also confirmed that crossplay-play is not in the plans for the game despite it being released across many platforms. The rationale for this is that it is simply unfair to have players compete across platforms as there are limitations to some which will lead to imbalanced competition.

In any case, the confirmation that the game will be launching as planed comes as a relief to fans. As we all know the COVID 19 pandemic is affecting everyone around the world. This has forced some of the developers to move their game launch dates, as social distancing is highly recommended and a lot of people have to work from their homes. At first MotoGP fans thought that MotoGP 20 will suffer the same fate as the other games, but are happy that it will still push through with the scheduled launch.

MotoGP 20 will be released on April 23, 2020, for the PlayStation 4, Nintendo Switch, Xbox One and PC as promised.