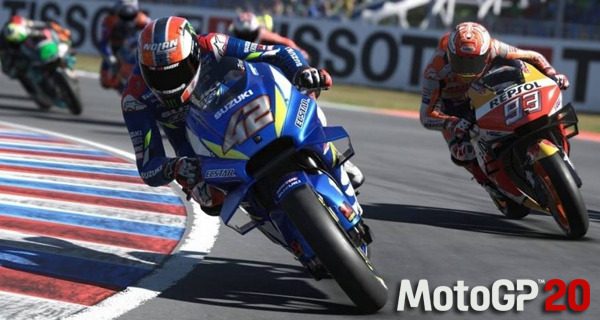 MotoGP™20 developers, Milestone, have revealed details of the game’s managerial career mode and announced that the game will be released on time.

The MotoGP 20 managerial career mode isn’t about what just happens on the track but is also about everything that goes on behind the scenes.

You can decide whether to start the 2020 season with a team and its official riders or create a brand new team and, along with a dedicated team behind you, ride your way to glory.

During your career, you will splash the cash on technicians who can develop your R&D and work closely with your engineers.

Take part in winter and mid-season tests to get the best performance from your bike and your research, with the chance to spend development points where you need them most.

You can create a new customized look for your team with the enhanced graphic editor, as well as find contract and sponsorship opportunities.

Control everything to do with your bike’s performance such as electronic traction control, engine brake, anti-wheelie system, power mapping, frame, aerodynamics, fuel management, and the engine.

MotoGP 20’s new graphic editor allows you to customize your rider, sticker, helmet, racing number, name on your suit, sponsor, colors and materials for your bike.

This is Milestone’s most ambitious entry in the franchise, giving you a chance to race with 46 historic riders and 43 different bikes, and race in the official 2020 season with riders from the MotoGP, Moto2 and Moto3.

MotoGP 20 is set to launch April 23, 2020, just weeks after the start of the official MotoGP season was intended to start. Though, due to real-world events the sporting calendar is affected, the game will continue to release for PlayStation 4, Xbox One, Nintendo Switch and PC as planned.