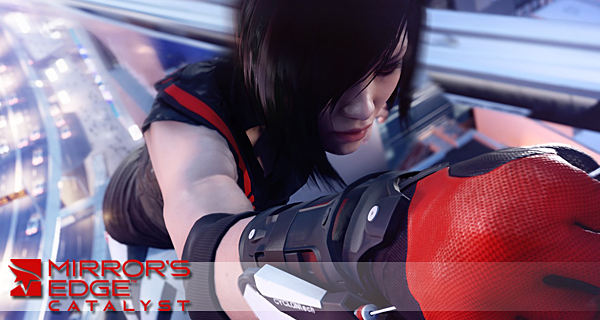 Mirror’s Edge Catalyst has a new Dev Diary video and it is about Faith’s story as well as the beautifully made City. You will be able to watch Linnea Harrison, the game’s Level Artist, Christopher Emgard, the Narrative Director as well as Terrence Cronin the Level Designer talk about Faith’s look, her story, the architectural and cultural elements of the city, dynamic time of day and as well as some information about the factions.

According to Linnea Harrison, Faith’s look is iconic not just because of her clothes but her edgy look can also be associated with her determination which is a “metaphor for how she cuts through the City of Glass” not wanting to follow everyone else’s path but searching for her own.

You will start the game’s story with Faith just being released from jail and has not seen the city for about two years.

The city has history showing in its architecture. Terrence Cronin gives an example of this as Downtown looking like old school Mirror’s Edge and the newer parts as polished and refined buildings.

This will give the game the transition from day to night which will be reflective in the city buildings as well. The developers had to tackle this feat and still show it as clean and elegant as the city is from day to night.

You will be able to learn a lot about how the game develops in this almost three minute video.

Mirror’s Edge Catalyst will be available on May 26, 2016 for PC (Origin), Xbox One and PlayStation 4.