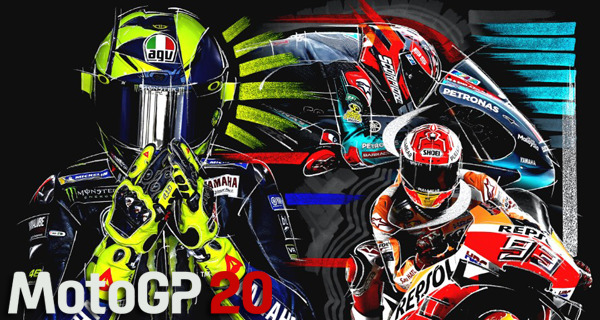 Milestone recently released the first bit of gameplay footage for MotoGP 20 in the form of a video on Milestone Team’s YouTube Channel.

The video spanned just under 2 minutes and showcased the highly requested Valentino Rossi as he takes on the Mugello Circuit in dry conditions. The video was relatively short but it lasted long enough to show off all the cool new features that are present in this, the latest installment in an illustrious MotoGP series.

It is apparent that a large chunk of the developer’s efforts went into making the game a lot more realistic and technical.

One of the most interesting inclusions in MotoGP 20 is a new tire system where tires can now wear at different speeds and at different sections. The middle, the right and left side of tires deteriorate at different speeds and have implications on the rider’s performance if neglected. The developers have added a new set of tire status bars to aid players in monitoring their tires so they may adjust accordingly.

In addition, MotoGP 20 has a new fuel management system in place that challenges players to keep their fuel in check. Players will be able to choose the appropriate fuel type and the quantity of fuel they need at the beginning of each race.

Also, you might want to avoid crashing or colliding with other riders in-game because now they are likely to have permanent effects on your bike handling. This might be a tad more challenging considering MotoGP 20 has a new braking system that is a bit more technical but highly rewarding once mastered.

In conclusion, these changes are likely to be very much welcomed by MotoGP fanatics as realism is generally the best way to learn in sports simulation games. The game is a lot more technical, the additions attribute depth which should result in a more rewarding gameplay experience than its predecessors.