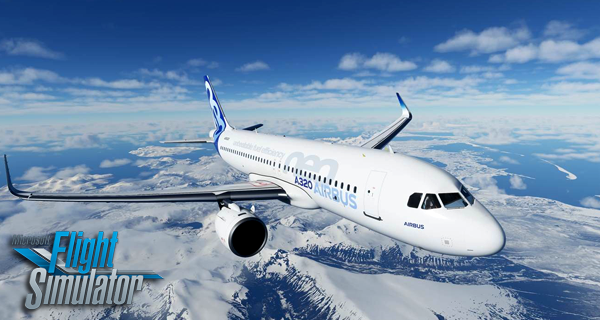 Microsoft recently revealed the full system requirements for its new Flight Simulator. This is great because players now know exactly what they will need in order to run the game but the thing that stands out most is the 150GB HD space needed.

Surely everyone would have expected a game of this caliber with this level of realism to be big but probably not 150GB.

In addition to shocking Flight Simulator enthusiasts who are trying to allocate space for the game, the news also makes you curious as to what sort of features could possibly warrant that much space.

According to the developer, it features 37,000 real-world airports, breathtaking visuals, and real-time air traffic that shows you the real-world flight paths of planes worldwide. All this sounds like pretty much what one would expect the game to have so we are guessing that much of the space is attributed to the quality of the said features.

In addition to being able to house the game, players will also need to be able to run it and as stated, the official Microsoft Flight Simulator system requirements have been released. 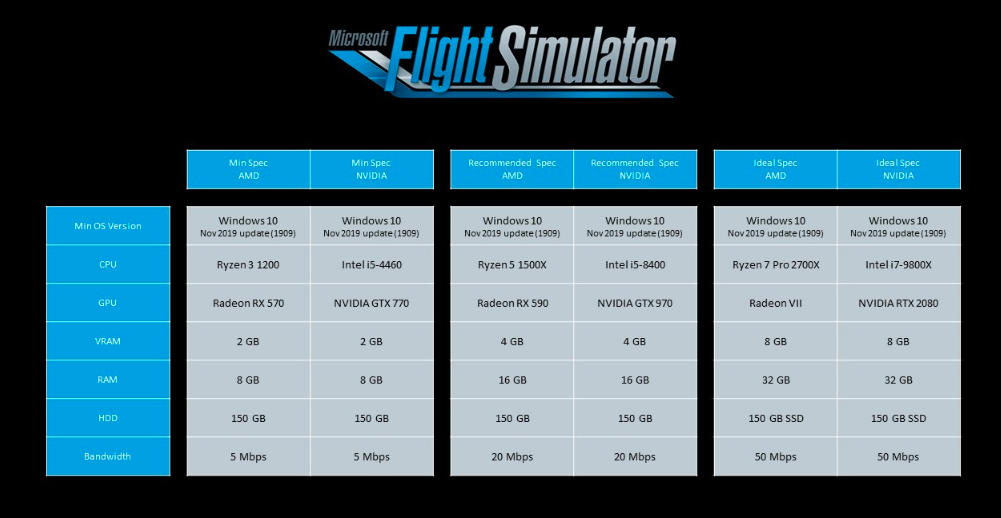 Microsoft’s Flight Simulator requires a minimum of a Ryzen 3 1200 CPU and Radeon RX 570 GPU for AMD and an Intel i5 4460 CPU and Nvidia GTX 770 graphics card for Nvidia.

Ideally, the developer recommends that plays have equal or upwards of a Ryzen 7 Pro 2700X CPU and a Radeon VIII GPU for AMD or an Intel i7 9800X CPU and Nvidia RTX 2080 graphics card for Nvidia, along with 8 GB of VRAM.

Hopefully, everyone will be able to find the space needed and have the suggested system requirements. If not, you have until the game officially releases to have all you need which might be a little while as the release date is yet to be announced.

Microsoft Flight Simulator will launch for PC and Xbox One, a specific launch date is yet to be announced.