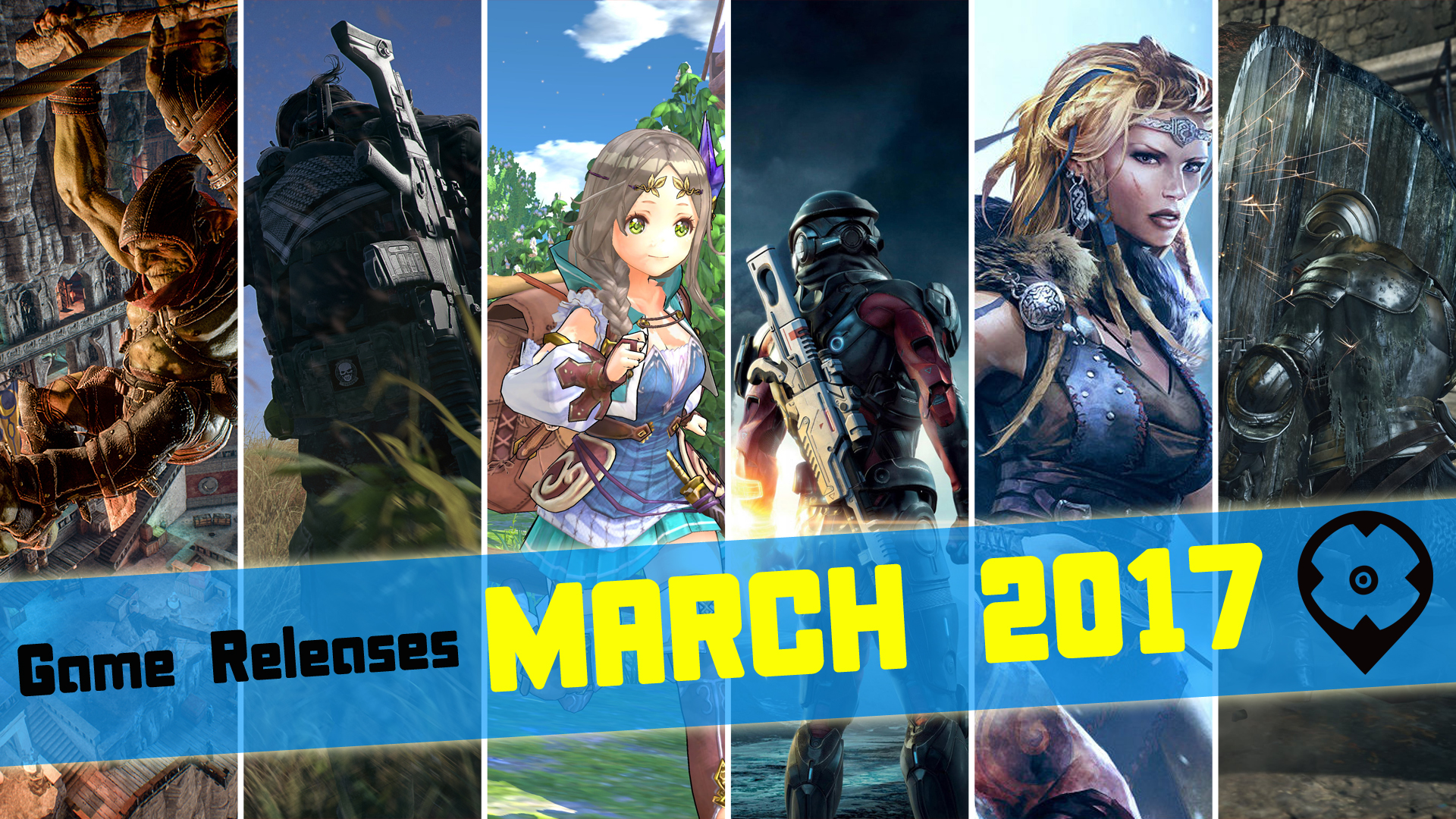 The year is off to a great start in terms of new games both big and small, and March will surely be another great one!

Coming out this month is the much-awaited Mass Effect Andromeda, as well as a new game from the Tom Clancy-Ghost Recon franchise, Ghost Recon Wildlands. The sequel to the stealth game Styx Master of Shadows, Styx Shards of Darkness, is all set to be released as well.

We’ve got more games on our list, so do look out for them! Check them out below!

Tom Clancy’s Ghost Recon Wildlands is the newest shooter from the franchise. This game boasts of an massive, responsive, and dangerous open world that can be played in solo or in four-player multiplayer. The game is armed with fully customizeable characters (called Ghosts), weapons, and gear. You’ll also get to explore its vast open world with more than 60 vehicles for you to choose from.

Atelier Firis The Alchemist and the Mysterious Journey PS4

Atelier Firis: The Alchemist and the Mysterious Journey is a Japanese RPG and is the 18th game to be released in the Atelier series. The game requires players to complete a certain objective within a year, and as such, how you use time is really important.

A new stealth adventure awaits you in Styx Shards of Darkness! This sequel to Styx Master of Shadows features a huge open world environment, which is perfect for finding spots to keep yourself concealed. Sneak your way in solo or in co-op mode, and explore the world, craft deadly traps, or even recover artifacts. All these and so much more are in store for you.

Kona brings you back to the year 1970, in Northern Canada. You will take on the role of a private detective named Carl Faubert who was summoned by a rich industrialist who owns a hunting manor. Your objective: find out who’s behind the vandalism all over his property. As you were trapped in the deep north in a snowstorm, you’re gonna have to find ways to survive while investigating the mysteries surrounding the manor.

BioWare’s action-RPG Mass Effect Andromeda is definitely worth all the wait. The game boasts of an open world setting where you can go and explore as you wish. Some of the series’ gameplay elements have been modified, such as combat, which is now more mobile. BioWare has previously reported that this game is huge, it may take you days to finish it.

Vikings Wolves of Midgard is a role-playing game set in the mythical world of Midgard. You will take on the role of a Viking, either as the strong male warrior, or the fast female shieldmaiden, as you take on hordes of Jotan and battle the cold. The game can be played in single-player and in two-player online co-op.

If you were able to clear Lothric Castle in Dark Souls 3, then Dark Souls 3 The Ringed City is the perfect expansion for you. The game’s second and final DLC adds a new region where new enemies, mysteries, and characters abound. You’ll also get new weapons, magic, and armor.

That’s our list of March 2017 Game Releases! Which of these games are you looking forward to? Let us know in the comments!

For me it would be :
Styx Shards Of Darkness
Mass Effect Andromeda
Dark Souls 3 The Ringed City