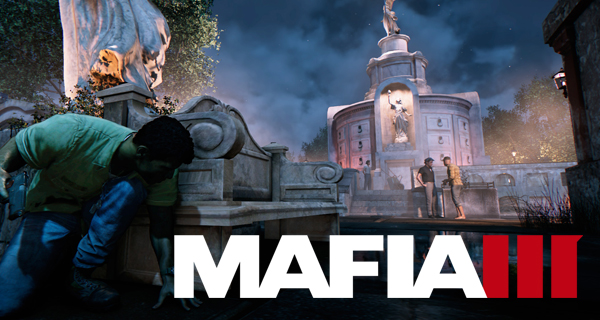 Mafia 3’s release date is approaching soon, and you are probably wondering how the game looks like this time. We’ve come across this Mafia 3 gameplay video courtesy of the website Outside Xbox, and they highlighted 5 things that make the game’s open world unique.

First up is the city. Set in the 1960’s in a fictional city called New Bordeaux in New Orleans, the game features an open world which includes a bayou located at the South of the map (which, according to the video, will make getting around these areas feel “dramatically different than your average GTA clone”), and a “more conventional downtown area”.

The second thing highlighted in the video are the criminals. If you’re familiar with the previous Mafia games, you’ll probably be expecting the protagonist in Mafia 3 to be donning a top hat and a suit. But since the game’s main character, Lincoln Clay, is out to seek vengeance on the Italian Mafia who betrayed and wiped out the black mob, his surrogate family, what we’ll see in Mafia 3 is totally different. This time, Lincoln is out to build a new family from criminals within New Orleans which include “leaders of Irish and Haitian gangs,  a sympathetic CIA agent, and Vito Scaletta from Mafia 2.

Next up is the “Politics” during the year 1968. It centered on protests against the Vietnam War, and tensions which surround the African-American civil rights movement.

And with the game being set in the 1960’s, the video also highlighted its soundtrack, which include songs from The Beach Boys, Aretha Franklin, and Rolling Stones, among others.

And lastly, the game’s storyline was also highlighted, most especially how the game gives players the freedom to choose – whether which missions to undertake, or which Mafia “underboss” you are to choose as the game progresses.

Mafia 3 is going to be released on October 7, 2016 and will be available for PC, Xbox One, and Playstation 4.