Little Nightmares Launch Trailer: Who Could Be The Mysterious Woman? The recently released Little Nightmares launch trailer gives us a glimpse of all the creepy and scary things you’ll find in the game.

The trailer features the protagonist, Six, as she finds her way out of The Maw. Along the way, she faces puzzles, gets to come across creepy creatures, and even has some moments trying to escape a seriously scary chef. We can also see her use her lone tool, a lighter, to illuminate her way.

The Little Nightmares launch trailer also shows that The Maw is some place you would not want to be in. There are so many nooks and crannies that Six can come in to, and at the same time also discover puzzles she needs to solve in order to escape.

Aside from all these, the trailer also brings a hint of mystery with the appearance of a mysterious figure at the end of the video. We wonder who that is? Well, the only way to find out is to get a copy of the game! Check out our price comparison for the lowest price!

Little Nightmares is out now on PC, Playstation 4, and Xbox One. 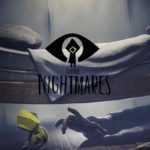 Little Nightmares Reviews: Is This the Best Indie Game of 2017?

Little Nightmares reviews are starting to come in ahead of the game’s release on 28 April 2017 for PC (Steam), Playstation 4, and Xbox One.