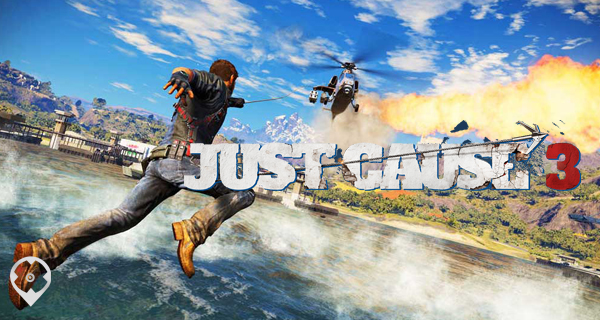 This is your lucky day! Get to see Just Cause 3 in action! The first hour of Just Cause 3 has been recently broadcast on the game’s official YouTube Channel and it looks absolutely gorgeous!

The video of the first hour of Just Cause 3’s gameplay includes all the normal stuff you’ll be expecting in a game. It includes the opening credits, a short but concise introduction of the game’s central characters, and a tourist’s-eye view of Medici, a Mediterranean-inspired island that’s under the dictatorship of General Sebastiano Di Ravello. The gameplay video starts with Rico climbing onto the roof of a small airplane while it’s in flight. He then proceeds to bomb the city it’s flying over with an RPG, which has unlimited ammunition.

Square Enix mentioned in its note that your mileage will vary in a game like this. “Your first hour of play might be different to ours,” according to their post on YouTube. “But we thought we’d focus on some of the early missions and content to whet your appetite ahead of next week’s launch.”

Meanwhile, the game’s system requirements and a 4K trailer have been recently revealed.

Just Cause 3 is set to rock our world on December 1. It is available for PS4, Xbox One, and on Steam for PC. Don’t forget to pre-order your copy at the best price! Our price comparison tools are here to help you get the best deals for Just Cause 3!