Join The Division Open Beta! Schedule and Other Info Here! 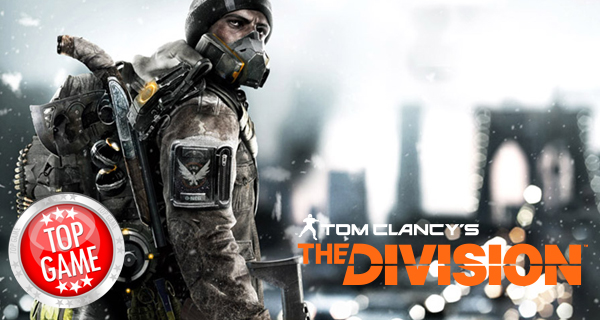 One last hurrah before Tom Clancy’s The Division officially launches!

Hear ye, hear ye! The Division open beta is finally happening! In a recent announcement posted in the game’s official website, Ubisoft revealed the schedule of the game’s open beta, and it’s all going to happen next week.

The schedule will open first for Xbox One players, giving them a 24-hour lead compared to PlayStation 4 and PC players. The Division open beta ends on February 21st across all platforms. Check out the schedule below: 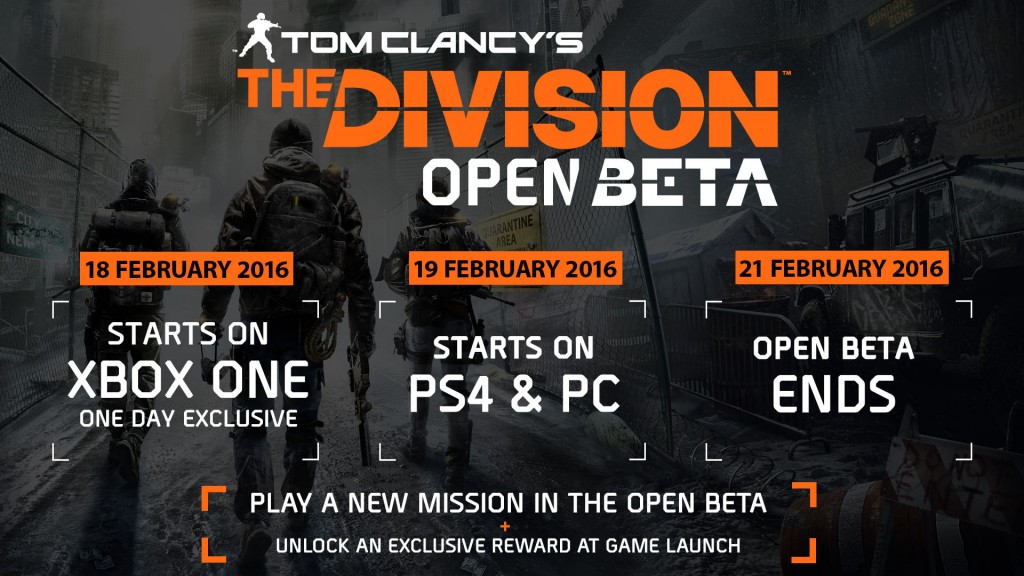 This is free for everyone so you won’t need a code to enter. To access the open beta, follow the simple steps below: 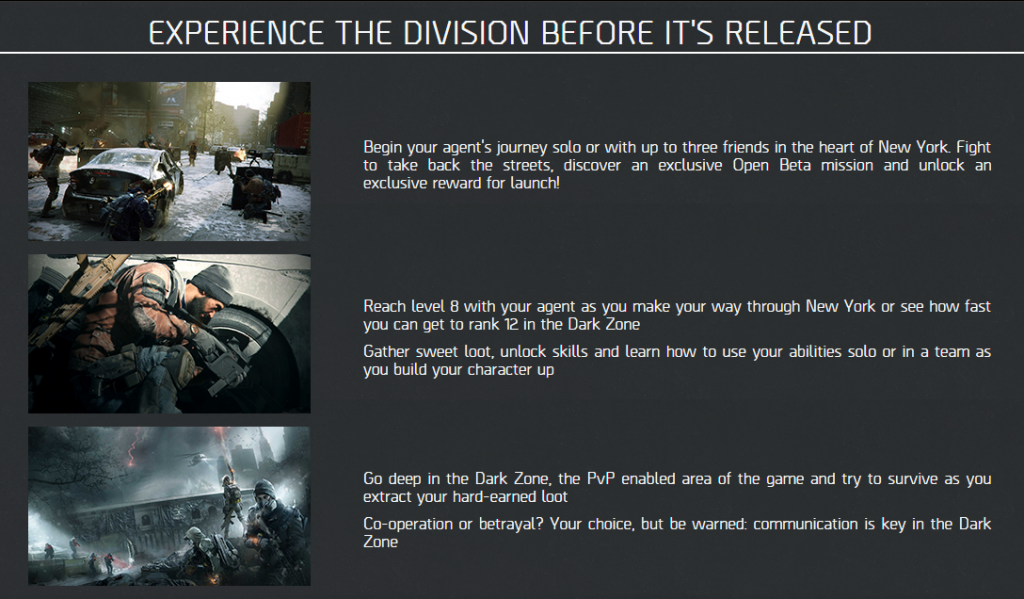 The Division Open Beta gives the developers an opportunity to place the game (including its major modes and activities) in a public beta test. It will include a brand new story mission. And as a form of thanks from the developers, everyone who joins the Open Beta will receive an in-game reward which will be unlocked after The Division gets officially released.

The Division will come out on March 8th for PC (Uplay), Xbox One, and PS4.