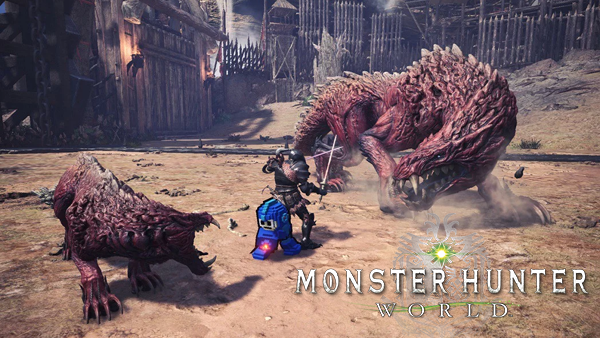 With the Spring Blossom Event still ongoing in Monster Hunter World, the game’s next crossover even is now live on Xbox One and PS4. The event will reward you with the crafting materials needed to dress your Palico up as Mega Man.

The quest is called “A Rush of Blood”, and Arena that requires you to hunt a couple of Odagarons. While one Odagaron is the type you’d normally encounter, the other one is a mini-version, making it seem more like a pup than a full-grown monster. Aside from that, it’ll be like any other 7-star mission with a 50-minute time and three faint limit. Once completed, you’ll get Mega Man Tickets, one of the necessary ingredients to craft the crossover gear. You will need to repeat the quest several times to get enough tickets for the gear.

Once you have all the required items, you can simple go the the Smithy and open the Forge Palico Equipment section. Go to Full Armor Sets where you’ll be able to craft the Mega Man Helmet and Mega Man Suit. Both are High Rank pieces and will cost you a total of 3 Mega Man Tickets.

Next up, you’ll want the Palico weapon. Head to Standard Equipment from the Forge Palico Equipment section. You’ll find the Mega Buster near the bottom of the list. The weapon is also a High Rank item and will require another 2 Mega Man Tickets.

Aside from having Mega Man follow you around, the crossover gear also plays different classic Mega Man tunes depending on your weapon. This is only triggered while doing the even quest though and won’t happen during your normal runs.

You won’t have forever to get the crossover gear. A Rush of Blood is only available until 27 April so make sure to get the gear by then. Meanwhile, the Spring Blossom Fest event will end on 19 April.

Thanks for the information, I can’t wait to try the instructions and unlock Mega Man Palico!