Ubisoft’s up and coming Tom Clancy’s Ghost Recon Wildlands closed beta is available starting February 3 and will run up until February 6. This is made available for all its platforms – PC, PlayStation 4, and Xbox One. Preloading the closed beta is open as early as February 1st.

The closed beta offers you a chance to play in the South American province of Itacua in Bolivia and go up against the Santa Blanca cartel. It also offers either a solo or even a squad co-op of up to four players for battles. The game offers an open endedness as one of its major elements. “Players will have a total freedom of choice to accomplish their missions how they want and watch as the world reacts to their actions,” said Ubisoft.

Along with the announcement of the dates of the closed beta is a trailer video that features the game’s customization options. Players are able to customize both their characters as well as weapons before starting the game. You can check that out in the video below.

The closed beta, of course, is not perfect, this is a way for developers to test the game for any bugs or improvements in order to release a more smooth running game.

Sign ups for the closed beta are still open, you can check that out HERE. Each sign up will get a chance to invite three other friends to join. 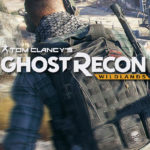 Ghost Recon: Wildlands has a new video trailer featuring the game’s single player campaign! You can check that out here.