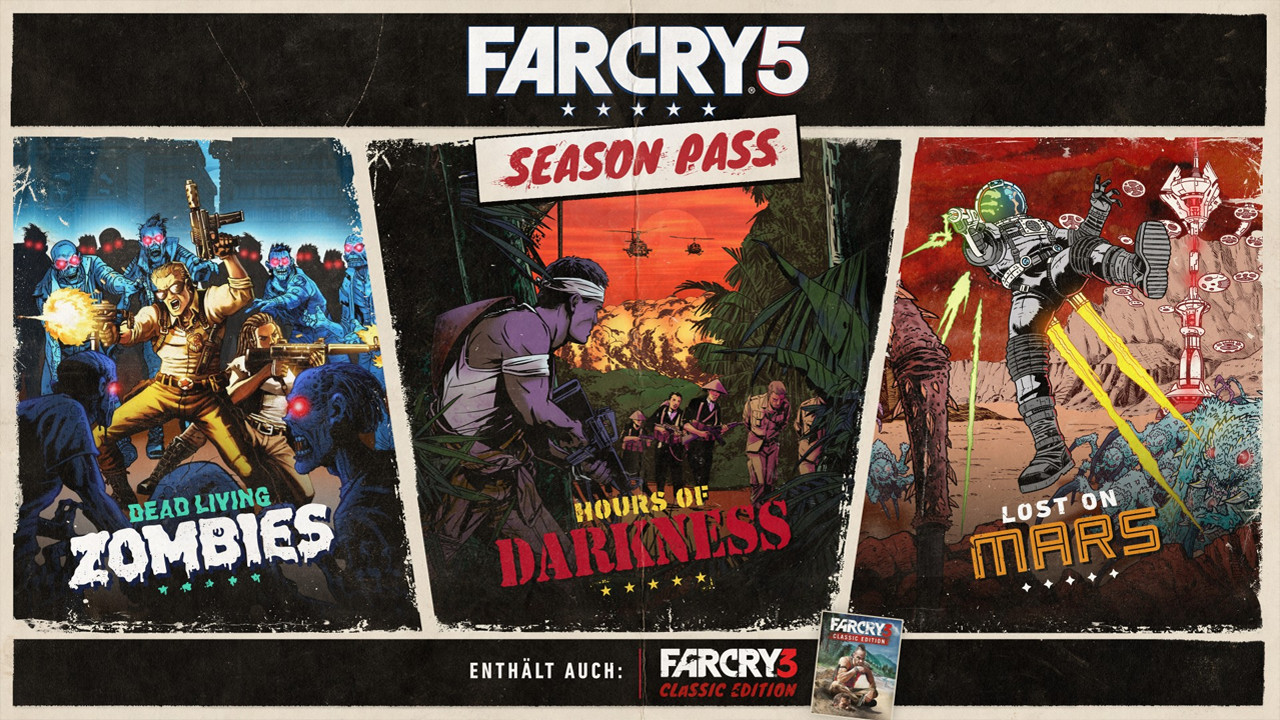 Remember Blood Dragon? It was the stand-alone expansion for Far Cry 3 that took the shooter and then turned it into what could only be described as a parody of 1980s sci-fi action films. Fast forward to Far Cry 5 and now Ubisoft will be bringing 3 stand-alone alternate universe stories that seems to be build on Blood Dragon’s legacy.

Each of these side stories will feature out of this world elements such as zombies, Martians, and even time travel. Obviously, these are meant to be more on the “fun” side of things and are not meant to be taken seriously. All three will be part of the game’s Season Pass. Check out the trailer below to get a better feel of these upcoming stand-alone adventures:

The Season Pass will also give players a free copy of Far Cry 3 Classic Edition. This will be perfect for players who are new to the franchise or for those simply wanting to replay the crazy third outing on current gen consoles.

The trailer also touched upon Ubisoft’s post-launch plans, highlighting Live Events and the Far Cry Arcade. The latter will feature endless maps coming not just from Ubisoft, but from players as well via the included map editor. On the other hand, Live Events will provide regularly updated challenges that can be played solo, co-op, or in PvP. Completing goals will unlock rewards such as outfits, weapons and more.

Far Cry 5’s premise wouldn’t be as intriguing without the band of siblings running the show at the Project at Eden’s Gate. Get to know them better here.

I enjoyed Far Cry 3’s Blood Dragon, I am sure they will make a good spin-offs of far cry 5 as well!

A lot of great content in the season pass for Far Cry 5 and it’s not that expensive. That’s really nice!