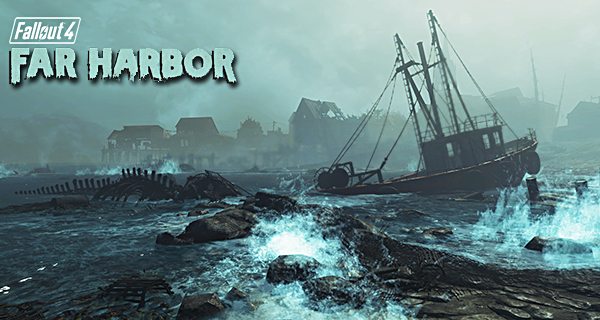 Fallout 4 has recently released the Automatron DLC and you can expect the Wasteland Workshop this coming April and the biggest one, the Far Harbor DLC will be out on May. How big is the Far Harbor DLC you ask? Well, one gamer got curious and decided to ask that question using twitter. He directed his question to Pete Hines, Fallout 4’s Vice President of PR and Marketing. The response was that “it’s bigger in size than Shivering Isles.”

@SirCabbage it's bigger in size than Shivering Isles. I asked.

For those who doesn’t know Shivering Isles was The Elder Scrolls 4: Oblivion’ s biggest DLC. It is a jam packed DLC so you can expect Far Harbor to be the same. Knowing this also lets you weigh the idea of the DLC as being $24.99 as a stand alone download.

In Far Harbor you are let to a mysterious Island by a new case from Valentine’s Detective Agency. You will be searching for a young woman as well as a secret colony. The island is located off the coast of Maine. Far Harbor has been exposed to higher levels of radiation which has made it a feral world. You have to work your way through the conflicts that the island brings.