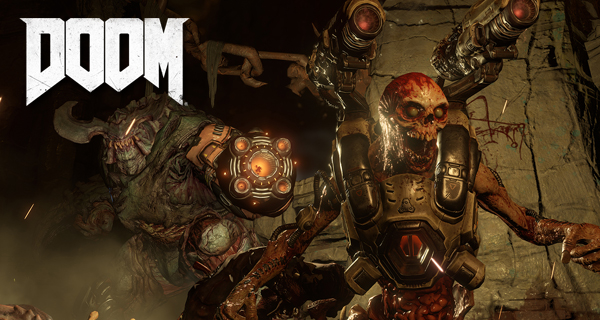 You can really feel the excitement as Doom’s launch is slowly coming near. Bethesda has been dropping info upon info in the past couple of days and we are definitely loving it. Also with the Doom Closed Beta is just around the corner, Bethesda is creating a stir for this first person shooter game.

Bethesda’s latest trailer for Doom gives you a glimpse of a few playable demons, power weapons that you can use as well as some available power ups.

The video is about a minute long, showing the playable demons as ‘Baron of Hell’ and ‘Prowler’, the others that were not shown in the video are ‘The Revenant’, ‘The Mancubus’ and the ‘Harvester’. The power ups that they have shown and have been confirmed include ‘invisibility’ and ‘quad damage’. And the powerful artillery that you will be able to use are a chainsaw which can be reloaded with gas canisters and is an insta-kill for smaller enemies, the Gauss Cannon which is so powerful that is shoots out a huge burst of energy creating a one shot kill and the BFG the most iconic of all the Doom weapons.