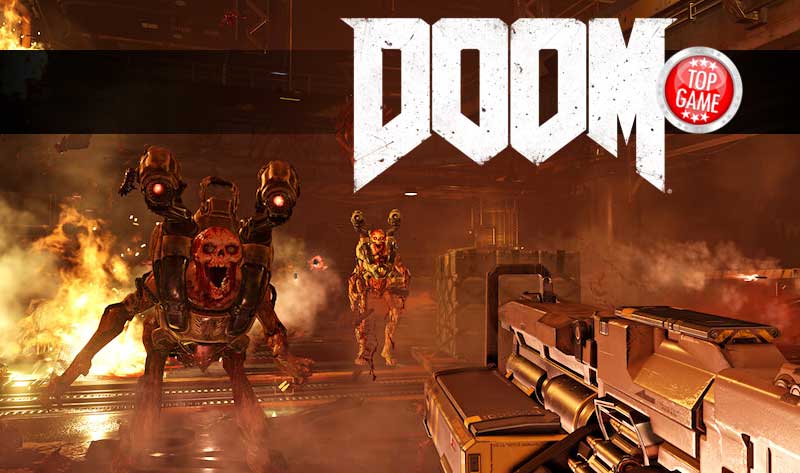 A recent live stream of the creative director and executive producer of ID Software, Hugo Martin and Marty Stratton (respectively), tackled the Doom single player campaign which revealed a few details about it.

The live stream video was about an hour and a half long which was broadcasted in Bethesda’s Twitch channel and was later on uploaded in YouTube. In the video you will see Hugo Martin and Marty Statton play through a couple of levels like the Union Aerospace Corporation research facility, the Lazarus facility and Titan’s Realm.

A few details did standout about the single player campaign as mentioned by Eurogamer.net.

Here are some of it:

No reloading required– It is amazing that the game’s guns can actually fire non stop ‘til you are completely out of ammo.

Weapon wheel– This is very handy as you can choose from different weapons instantly anytime you want. The game doesn’t necessarily stop when choosing weapons but it does slow down the game enough for you to choose.

Weapon Mods– There are various weapon modifications available for you. These mods will give your weapons additional properties.

Campaign challenges– There will be a lot of available challenges for you in this mode.

The video does show off the game’s story details, weapon and armor upgrades and so much more. You will also be able to see the gory finishing moves that Doom is no stranger to.

The game is set to be released on May 13, 2016 and will be available for PC, Xbox One and PlayStation 4.