DOOM Reviews: Is This Game Worth Your Buck? 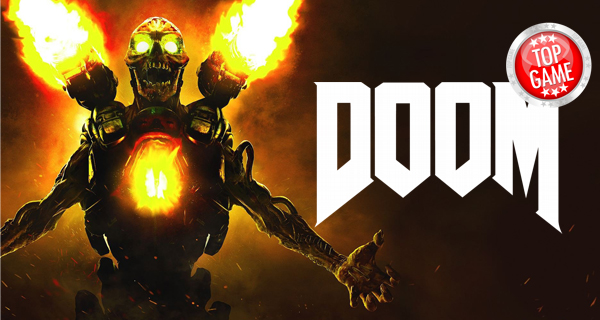 DOOM reviews are finally out! Game critics dish out on their thoughts about the game from its single player to its multiplayer modes as well as their overall experience while playing it. And while most critic reviews applaud the game’s single player and SnapMap, there are mixed comments when it comes to its multiplayer mode. As of this writing, DOOM received a critic score of 83/100 in Metacritic.

We’ve compiled some of the reviews from the most respected gaming websites in the world. We’ve also summarized what they think the game’s pros and cons are.

And don’t forget to also check out our price comparisons for DOOM!

Site: Attack of the Fanboy

Doom is 2/3 really good and 1/3 really mediocre. The single player campaign is an absolute blast and if you like shooting action from that you can get all you can eat via SnapMap. Doom competitive multiplayer is really unfortunate, however. If it could have captured even some of the magic from the campaign it might be tolerable, but as it stands, it feels like it should’ve been aborted and nobody would likely have missed it.

Id Software has successfully reinvented the classic Doom experience for a modern audience without actually having to reinvent anything. It’s not a reboot, it’s a revival. If you ever wondered what Doom might look like in 2016, this is it.

At the start of the review I mentioned that i have noticed that people are generally quite positive on Doom, and therefore it looks like i’ll be an outlier here, but perhaps that’s not the extent of it. Most of the positivity that I have been seeing is that the game “plays well” and “isn’t as bad as expected,” I’m not really denying that in this review. Rather I think of it like this; people will be talking about the first two Doom games for decades more. Those two games may well be remembered as true classics of the gaming medium a century down the track. This Doom won’t.

Doom is by far the best first person shooter you will play this generation. It is not something you will expect. Just go in without any unusual expectations and you will be pleasantly surprised by the depth the game offers.

Doom is a tale of two very different shooters (and one quirky creation tool.) The single layer campaign’s reverent worship of the series roots results in an old school run-and-gun shooter which feels like imitation Doom, a cover of an old hit which nails all the right power cords but isn’t exactly transformative. The multiplayers attempts to borrow from the new to reinvigorate the old results in an experience which won’t satisfy either school of thought. SnapMap, meanwhile is a blend of weird and simple endearing.

Doom is gory, but never in any shocking or interesting ways. And unlike Doom 3 it never even tries to be scary, which is fine – the original wasn’t either – but it still need some sort of extra flavor; something to elevate it from merely a successful comeback to a great game in its own right.

Defying the odds, id Software has made Doom not only a relevant series in 2016, but a great one. They’ve also managed to create three distinct modes that all have their own appeal and feel to them. It’s an amazing package, and one that i’ll continue to come back to.

Doom is a truly spectacular bit of ultraviolence, but it’s deceptively smart in how it gets about it. It knows that all you want to do is blow stuff up in increasingly more brutal ways, leading to a single player that is probably the best FPS campaign since Wolfenstein: The New Order. While multiplayer is almost a damp squib, SnapMap allows for those with creative minds to unleash their creativity with an easy to learn map editor. To describe Doom in two words: Bloody brilliant.

Have you played Doom as well? What are your toughts about the game? Share your experiences with us in the comments below!