Desperados 3 Review Round Up 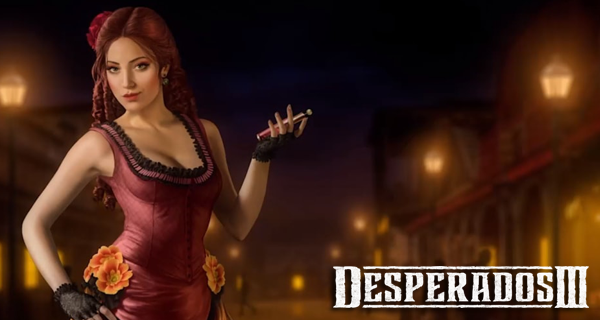 Real-time tactics Desperados 3 is launching tomorrow, June 16, 2020, and we have for you the game’s review round up available here. Developed by Mimimi Games and published by THQ Nordic, the game is a story-driven, tactical stealth game.

Get to play as John Cooper on his quest for redemption. Join forces with the runaway bride named Kate, a mysterious lady from New Orleans named Isabelle, the giant trapper named Hector, and a shady hitman named Doc McCoy.

Make sure to maximize your team’s skills to overcome the challenges before you.

If you are still undecided about the game, read up on what the critics have to say about the game in the Desperados 3 review round up below.

Desperados 3 Review Round Up

Desperados 3 is an uncompromising tactical stealth game that tests your patience and rewards your willingness to experiment. Playing with a charming team of toy soldier-sized assassins in a series of deadly and detailed dioramas is tough and requires a lot of trial and error, but success is more rousing than a whiskey chaser. Dormant for 14 years, in Desperados 3 the series enjoys the most triumphant comeback in the Western genre since Clint Eastwood made Unforgiven. ~Tristan Ogilvie

Desperados 3 turns the Wild West into a brilliant tactical playground that will fill you with lead over and over again. ~Fraser Brown

Desperados 3 is a fun jaunt through the Wild West on a classic tale of revenge. Mixed with stealth strategy with a diverse roster of badasses this real-time tactics game gives rise to a lot of cool gameplay moments. Yeehaw! ~Nick Petrasiti

The sequel Desperados deserved. Up there with Outlaws and Red Dead Redemption 2 as one of the great PC Westerns. A shame about the potty-mouthed gunmen though. ~Tim Stone

Desperados III’s Wild West setting makes for a charming backdrop, and the well-balanced, varied cast of bounty hunters means that each mission can be seen off in multiple, equally rewarding ways. But while the blend of refined real-time strategy mechanics and ever-escalating challenge will surely appeal to fans of the genre, novices could be perplexed by the often unforgiving difficulty and occasionally finicky rules. ~John Cal McCormick

Desperados 3 pushes the genre forward because I honestly don’t know if it does. That said, everything it does, it does incredibly well. Whether you’re looking to hop into stealth tactics for the first time or you’re an old pro, I would wholeheartedly recommend you check out Desperados 3. It is, without question, one of the best games I’ve played all year. ~Ricky Frech

Following on from Shadow Tactics, Mimimi Productions have continued their excellent form with Desperados. While the maps can be a little dull and the game arguably slow, the level of tactical nuance and environmental storytelling, as you progress through engaging and challenging missions, is second to none. Desperados III is an undeniably great game, the best in the series and arguably one of the best in the genre. ~Ricky Frech

Desperados 3 will be launching for PC, PlayStation 4, and Xbox One.