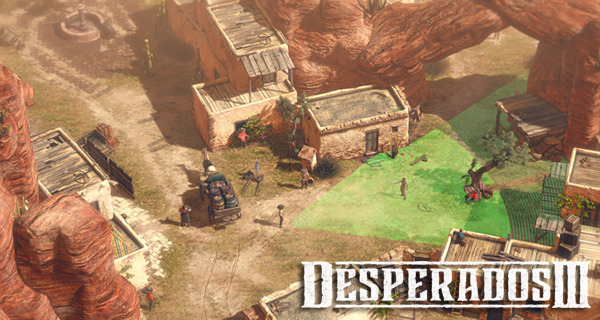 THQ Nordic has released a new interactive trailer for the upcoming real-time tactics game, Desperados 3. The initial trailer spanned 45 seconds, just long enough to highlight some of the choices players will be making which ultimately influences the strategies they will employ.

The trailer is labeled as interactive because once the initial trailer has concluded, players are met with two video suggestions with which they can interact to view either of the two. One of the said videos is titled “Go Loud” and the other was labeled “Go Quiet“.

The content of each video is pretty much as the titles suggest; selecting the “Go Quiet” option brings you to a video that contains information surrounding stealthy and covert gameplay while the “Go Loud” video shows the guns-blazing, aggressive, brute force approach.

At the end of either video, there is a final set of video suggestions where the viewer must select whichever is more appealing to them. Those who had selected the “Go Loud” option must now choose between two new video suggestions which are, “Pick’em Off” and “Last Stand“. If you select the “Pick’em Off” option, the link will take you to a video that shows you a more tactical approach where you eliminate the enemies in quick succession. The “Last Stand” video shows a much more brazened approach where the strategy is more to outlast rather than go unscathed.

Those select the “Go Quiet” from the first set of options are met with the options, “Set a Trap” and “Use Your Environment” which are both self-explanatory. The “Set a Trap” video shows how players can implement setting traps for stealthy takedowns on enemies while the “Use Your Environment” shows how players can take advantage of the game’s interactive environment to gain the upper hand in combat.

Additionally, there was a Desperados 3 Miniature Trailer posted which did justice in showcasing the environment and the developmental direction Mimimi Games took.

In conclusion, the interactive videos were engaging and did a good job of condensing the information whilst making it more digestible for viewers and potential players. Also, note that if you had selected one video option over another and wish to view both, you can always go back and select the other option.

Can’t wait for this game. 😀 I have already played similar games to it, which made me a hardcore fan of this genre.

Cool trailer. Love the way it allows players to play in different styles. Reminds me of the good old Commando games.