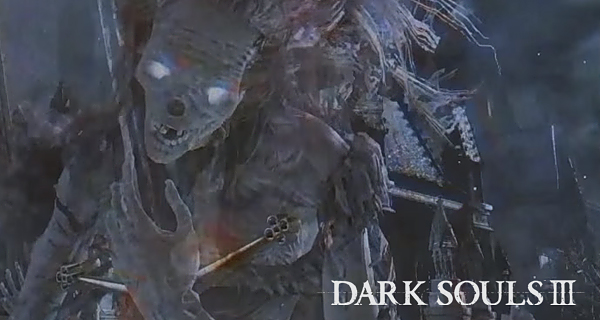 Imagine Dark Souls 3 as a movie, an old movie played in VHS. Well, a trailer of that is what you will find in Bandai Namco Entertainment America’s YouTube Channel. Most possibly set as a joke for April Fool’s Day as it is titled “Dark Souls III – The Movie,” but it is one freakin’ awesome movie trailer. You will even find that in the end part of the video it says “Available on VHS, April 12” which is the actual launch date of the game.

The video is very retro, also very reminiscent of old VHS movies. If it was really meant as an April Fool’s joke, well, this one was the best of the lot! The intro narrative is also amazing saying “ A long time ago, in a world deep in the darkest ages, hellish fiends ruled over this land. But one man will rise up and raise a whole lotta hell. When you pick a fight with the devil, you’d better be stronger than hell.” Amazing isn’t it?

It is a story of a man trying to hold on to his mortality and in order to do that he would need many souls, so fight back he will!

Without further adieu, here is the “Dark Souls III- The Movie” video:

Dark Souls 3 will be available to play on PC, PLAYSTATION 4 and XBOX ONE starting April 12.