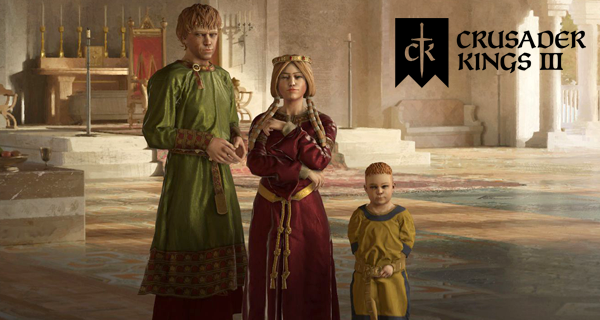 All The Crusader Kings 3 Info that you need is available below!

Crusader Kings 3 is a return to the award-winning, highly-rated series from Paradox Interactive, and they have recently announced what players can expect from the newest game in the franchise.

As in previous games, Crusader Kings 3 begins with an heir, as players begin their legacy, leading their house to glory, and building a dynasty for the ages.

Players can expect to live the drama of the Middle Ages, including peasant revolts, Viking raids, and pilgrimages. Whether it is for your self greed, or to spread your religion across the world, your decisions make your success.

Balancing the management of your kingdom, and your military plans will be important if your dynasty is to survive through your heirs. You will adopt one of five lifestyles, and acquire character traits, acting against your traits will cause problems for you and your kingdom down the line.

When it comes to warfare, you will recruit units, mercenaries, and knights, research new technologies that will increase your wealth and military presence, and sell prisoners via ransoms and send out raiding parties on neighboring kingdoms.

Crusader Kings 3 is not all about warfare and instilling fear into your subjects, you will need to plan meticulously if you want to survive the Middle Ages. You will recruit agents to help with your schemes, and undermine or murder the person who stands in your way. Gather information, whether for blackmail or a favor, and you will be able to seduce other characters for love, or to increase your political power.

Fortunately for those who can’t wait, Paradox Interactive have released the specs for Crusader Kings 3, which we have included below.

Purchasing the Royal Edition gets you the game, pre-order bonus, as well as the Expansion Pass, including Fashion of the Abbasid Court, and the unannounced first flavor pack, the first major expansion, and the second flavor pack.

Crusader Kings 3 looks to be a great sequel in a beloved franchise, and we can’t wait to get our hands on it when it launches on September 1, 2020.