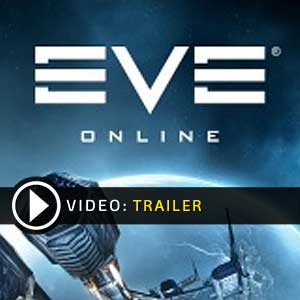 Find all Game Code stores and prices to download and play Eve Online at the best price. Save time and money: Compare CD Key Stores. Activate Eve Online CD Key on the publisher website to download the game and play in multiplayer.

You can participate to these tests by adding comments about your digital download purchase in the store review page. Enjoy the best deals for Eve Online CD Key with Allkeyshop.com!

EVE Online is a massively multiplayer online game developed and published by CCP.

Humanity, after the invention of space flight had colonized their galaxy as well as they were able when a wormhole appeared and was stabilized using a system called EVE. The first solar system discovered in that galaxy was new called “New Eden”.

Adventurers explored and colonized neighboring systems at an incredible speed when EVE collapsed on itself, destroying the system “New Eden” and thus cut them off from all resources, the adventurers were trapped. However, a handful of civilization survived and reappeared after a while and developed to form major empires that inhabit the world of EVE currently.

You will take the spacecraft commands and leave in search of fortune and adventure in a huge galaxy ruled by a capitalist economic system in a world with more than 8000 solar systems grouped into 64 regions where you can travel between systems using “jump gates”. The different systems include in particular planets and moons, stations where you can park to trade, buy or improve your ships, as well as asteroid belts.

Corporations of players can establish bases in order to conduct research there, production, or mining of nearby moons and asteroid belts. It bodes well to choose one of these corporations for advice and assistance which will be welcome, as you will learn from this vast world and in order to become an important figure in this full-fledged economic system.

Be the first one to write a review about Eve Online !

This game is not tailored to be new player friendly which is a big downside but you have to understand the purpose of this game. You are in an extremely vast universe filled with scum, pirates, deviants, zealots, and many other types of people. Anything can and will happen.

Actually I beg to differ, there are many new players in the game, as the tutorials and opportunities for new players have greately been worked on and improved. I see new players catching on to the game faster than it takes to learn how to play Monopoly.