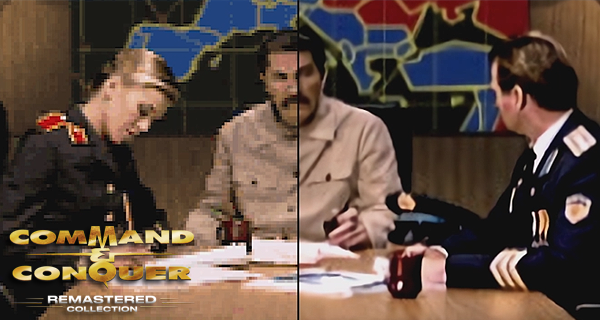 Command and Conquer Remastered Collection’s release is just a few days away and in anticipation of the launch, it has shot to the top of Steam’s charts and is sitting as the top-selling game globally on the platform.

Command and Conquer Remastered was first announced way back in November 2018 by Electronic Arts before development had even started and since then it has been assisted by fans and community members, being built from the ground up.

Command and Conquer Remastered Collection has been gaining hype since its announcement, and that has only grown with EA’s promise to release modding support, with EA producer Jim Vassella stating, “Electronic Arts will be releasing the TiberianDawn.dll and RedAlert.dll and their corresponding source code under the GPL version 3.0 license.”

It was only a few days ago as well that it was announced that the collection would include previously cut content from the original games, with Vassella saying, “There’s over four hours of never-before-seen footage in the Bonus Gallery, along with unreleased music tracks Frank discovered in his archive. For PC players, we’ve brought the console missions and cinematics into the Collection as well.”

Included in the cut content will be units that were cut from the original, although they won’t be included in the campaign and instead will be made available for the modders to take advantage of.

Hype for the collection has been growing with every new announcement, with EA seemingly doing everything right and giving the community what they want, and that is so far turning into a success story with the game sitting as the top-selling game on Steam before it’s released.

Those eager to try it don’t have to wait long to get their hands on the much-anticipated Command and Conquer Remastered Collection with the release set for June 5, 2020.