Command and Conquer Remastered Collection Has Never Before Seen Footage 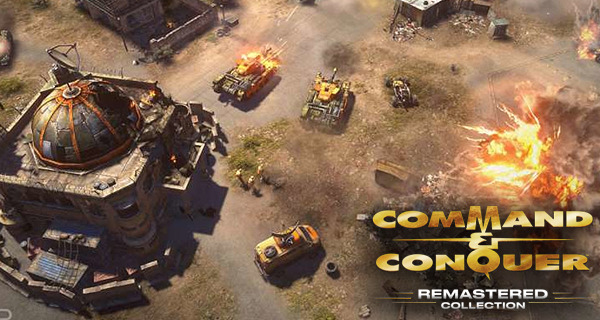 The anticipated release of Command and Conquer Remastered is almost upon us and as an extra little treat, it has been revealed that the collection will have content that was cut from the original collection.

Command and Conquer Remastered will have more than four hours of footage in the Bonus Gallery, all of which will be never-before-seen.

Speaking on Reddit via an AMAA, Jim Vassella, the producer for the collection, said, “There’s over four hours of never-before-seen footage in the Bonus Gallery, along with unreleased music tracks Frank discovered in his archive. For PC players, we’ve brought the console missions and cinematics into the Collection as well.”

It’s exciting news for the collection and also revealed is the inclusion of the missions from the N64 version along with the FMV cinematics of the PlayStation version of Red Alert.

It wasn’t so long ago that we were told the collection would include the ability to mod, and added to that will be units that were originally cut from the original collection, they will be updated and made available for modders, but will not be in the campaign.

When asked if there will be any more Command and Conquer games remastered, Vassella said, “Right now we’re fully focused on the launch of the Remastered Collection,” Vassella stated. “This will be the first PC RTS game EA has released in the past 10 years. We’re all excited for the launch and eager to hear the reaction from players.”

Command and Conquer Remastered is set to launch for PC on June 5, 2020.

this game will be great if EA didn’t ruin it , so much nostalgia