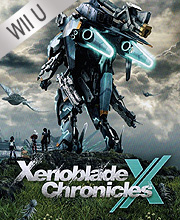 It's a digital key that allows you to download Xenoblade Chronicles X directly to Nintendo Wii U from Nintendo eShop.

How can I find the best prices for Xenoblade Chronicles X on Wii U ?

Allkeyshop.com compares the cheapest prices of Xenoblade Chronicles X on the digital downloads market to find the best sales and discount codes on trusted stores.

Xenoblade Chronicles X is a kind of open-world RPG game developed by Monolith Soft and published by Nintendo.

The game is set in the year 2054 where two extraterrestrial races choose to battle just above the Earth, causing serious damage to the planet. Mankind is forced to abandon his home world to survive through interstellar arches which carry entire cities. In the desperate attempt to flee the planet, many ships were destroyed by the armies in orbit, but some manage to pass the through, before the Earth explodes.

The game then follows the story ark of the United States of America, which will eventually be found by aliens prosecutors and will crash on an uncharted planet called Mira. During the crash, many survival capsules were ejected from the vessel. The main character, which you can edit, is in one of these capsules, and will be found several weeks after the crash by a girl named Elma.

The game features the exploration of vast open worlds as in Xenoblade Chronicles, with the ability to move and fight. Another novelty in Xenoblade is the ability for up to four characters to fight simultaneously instead of three.

The game will integrate an “online” component, to have the opportunity to allow players to demonstrate their value in combat and cover themselves with glory.

in my opinion i think should be a must buy game, look at the videos, fun..

looks like an awesome game Xenoblade from Nintendo, worth buying

Xenoblade Chronicles X is very nice game …
i want play this game really … please help me …
and thank you so much .

In my opinion this game is worth buying, has good gameplay and storyline. You wont regret it.