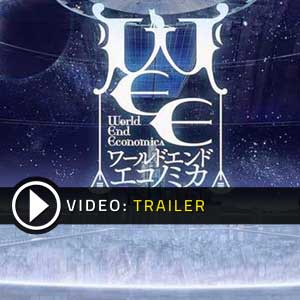 It's a digital key that allows you to download World End Economica Episode.01 directly to PC from the official Platforms.

How can I find the best prices for World End Economica Episode.01 CD keys?

Allkeyshop.com compares the cheapest prices of World End Economica Episode.01 on the digital downloads market to find the best sales and discount codes on trusted stores.

World End Economica Episode.1 is a text-adventure videogame developed by Spicy Tails and published by Sekai Project. This is the first episode out of three part sci-fi/economic thriller visual novel taking place in the far future on the moon a few years after humans have begun to live in it.

The tale of a young pipsqueak named Yoshiharu is serious about making his wildest dream come true. That is to stand where no one has ever stood before. There is only one problem though – he still needs capital, a huge amount of capital.

So his story of being a stock broker begins. What better option to get that ludicrous amount of capital other the using the stock market? Two important rules that revolves around the business- First, never ever take a loss and second, always remember the first rule.

World End Economica is an interesting visual novel with a very interesting setting and story. The whole society on the moon is well fleshed out and the transitions between world building and plot development were fairly well done. With a great story, good music and graphics, and an overall amazing gaming experience, the time spent on this masterpiece will be so worth it.

Zoom 1m 3m 1y All
Track product
STEAM CD KEY : Use the Steam Key Code on Steam Platform to download and play World End Economica Episode.01. You must login to your Steam Account or create one for free. Download the (Steam Client HERE). Then once you login, click Add a Game (located in the bottom Left corner) -> Activate a Product on Steam. There type in your CD Key and the game will be activated and added to your Steam account game library.
Standard Edition
Compare Choose & Buy Download (743)