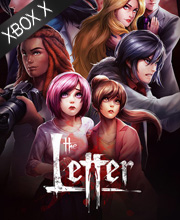 It's a digital key that allows you to download The Letter A Horror Visual Novel directly to Xbox Series X from Xbox Live.

How can I find the best prices for The Letter A Horror Visual Novel on Xbox Series X ?

Zoom 1m 3m 1y All
Track product
XBOX SERIES GAME CODE : Use the Digital Code received by mail in your Xbox account to download The Letter A Horror Visual Novel from the Xbox Live. Internet connection and a Xbox Series are required. Please read the store description about any language or region restrictions.
Standard Edition
Compare Choose & Buy Download (803)