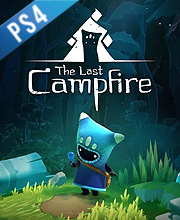 What is The Last Campfire Game Code?

It's a digital key that allows you to download The Last Campfire directly to Playstation 4 from PSN (Playstation network).

Allkeyshop.com compares the cheapest prices of The Last Campfire on the digital downloads market to find the best sales and discount codes on trusted stores.

The Last Campfire is a charming adventure game where you play as a lost ember looking for a way home.

Warm, direct and with simple, hassle-free gameplay The Last Campfire is a breath of fresh air.

An adorable and gorgeously designed puzzle game that, despite minor technical issues is a joy to play.