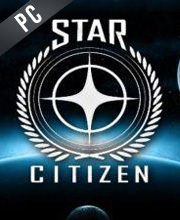 What is Star Citizen CD key?

It's a digital key that allows you to download Star Citizen directly to PC from the official Platforms.

How can I find the best prices for Star Citizen CD keys?

Allkeyshop.com compares the cheapest prices of Star Citizen on the digital downloads market to find the best sales and discount codes on trusted stores.

Star Citizen is a space simulation MMO video game with a solo mode, it is developed and published by Cloud Imperium Games.

Go 10 centuries into the future and take over a human space fleet in the Milky Way. The empire of United Empire Earth (UEE) directs the galaxy. As the name suggests, the game is based on citizenship. You are not a citizen by starting the game you have to earn this status if you want. Like every MMO, you begin the game by creating your human avatar and choose the region in which you want to start the game.

From there you will be free to move wherever you want and do what you want. You are free to be an explorer, trader, pirate, smuggler, mercenary, police and many other things. This is a space simulation game, so you can lose life but also see your ship be destroyed. You have every interest to take insurance and make a will to designate your successor. Several types of craft are available and you can customize them and provide them differently depending on the situation.

There are three alien races that have their specifications such as Vanduul who are warriors, the Kr’Thak that are quite, discreet or Xi’an who are master of diplomacy. Get experience with the the Solo mode called Squadron 42, which is a series of Wing Commander. Take part in Dogfight type of fighting in the Arena Order against the AI or against real opponents but this option is only available for people who have made cash assistance.

Or enter in the persistent world for thousands of hours of breathless game play in a galactic universe. There is something for everyone, this game will please all lovers of space adventures.