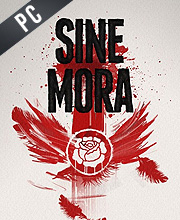 What is Sine Mora CD key?

It's a digital key that allows you to download Sine Mora directly to PC from the official Platforms.

How can I find the best prices for Sine Mora CD keys?

Allkeyshop.com compares the cheapest prices of Sine Mora on the digital downloads market to find the best sales and discount codes on trusted stores.

You will be controlling an airplane in the game that is set in a world rendered in a 3D environment while attacking enemies. Your plane has primary weapons which can be upgraded, as well a limited-use but more powerful secondary weapon. You also have a score multiplier on-screen, and each kill increases the score multiplier; using the secondary weapon, or manipulating time will reset the multiplier. Your final score is determined according to several factors such as kills, damage taken, and powerups you collected.

The game features four difficulties which gives you tons of hours to shoot yout heart out; these are: normal, challenging, hard, and insane. Aside from these, the game also includes four game modes: Story, Arcade, Score Attack, and Boss Training. The main mode of the game is the Story Mode which allows you to see the game’s narrative as you progress into the story. Completing levels on more challenging difficulties will let you unlock an alternate narrative.

One of the game’s key features is that it won’t give you a chance to heal yourself. Instead, you are given a set amount of time per level. Getting hit by an enemy will speed up the time, and eliminating enemies will do otherwise. Bonuses such as extra time and weapon upgrades can be obtained through power ups.

Overall, Sine Mora is a game that will give you tons of hours of fun, you should definitely have this on your game library.

Bonus: Sine Mora + Tropico 3 + Skydrift + Anna – Extended Edition (Can be different or change over time for each seller. Please refer to the seller’s website)

Zoom 1m 3m 1y All
Track product
STEAM CD KEY : Use the Steam Key Code on Steam Platform to download and play Sine Mora. You must login to your Steam Account or create one for free. Download the (Steam Client HERE). Then once you login, click Add a Game (located in the bottom Left corner) -> Activate a Product on Steam. There type in your CD Key and the game will be activated and added to your Steam account game library.
Bonus Edition
Bundle
Standard Edition
Compare Choose & Buy Download (791)