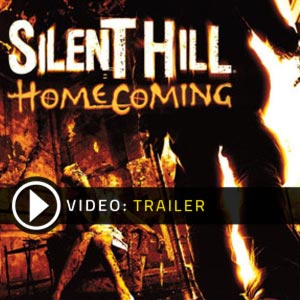 It's a digital key that allows you to download Silent Hill Homecoming directly to PC from the official Platforms.

How can I find the best prices for Silent Hill Homecoming CD keys?

Allkeyshop.com compares the cheapest prices of Silent Hill Homecoming on the digital downloads market to find the best sales and discount codes on trusted stores.

Silent Hill: Homecoming is a survival horror adventure game, and is the sixth installment in the Silent Hill series, developed by Double Helix Games.

The story commences as Alex Shepherd returns to his hometown of Shepherd’s Glen to investigate the sudden disappearance of his brother. Alex will face the most evil of horrors while struggling with his own grip on reality. Alex must unravel the mystery behind the nightmares, discover the truth behind his brother’s disappearance, and confront the evil that has taken hold of his soul.

Something new from something old this rebooted the old franchise and the changes are simple yet cutting edge. Numerous references to the roots of the genre and the previous parts don’t get in the way of their efforts to rejuvenate the series. The game scares in a way that seems to tamper with what’s in your head.

Players are able to utilize an enhanced combat system and able to perform a number of offensive and defensive maneuvers as they experience every terrifying encounter with the game’s numerous hideous creatures.

Players are also required to solve a variety of puzzles as they progress through the highly atmospheric game world, using hints from the environment to unlock Silent Hill’s darkest secrets. Continuing the series’ tradition of standout music and sound design, Silent Hill: Homecoming features it’s own line of original soundtracks. If you’re a fan of the horror genre, this one shouldn’t be missing in your inventory.

EU STEAM CD KEY: Requires an EUROPEAN IP address or you must activate it with a VPN (Virtual Private Network) in order to play Silent Hill Homecoming. Might have languages restrictions or language packs. Read the description on the store game page to know if the EU IP is only needed for activation or for playing also (maybe on EU Servers). Most of the stores offer you their help, or show you how to do this with a tutorial to follow.
STEAM GIFT : A Steam gift is a one-time transfer you receive. You activate and install Silent Hill Homecoming to play on Steam, it is a non-refundable game that stays in your Steam games collection. Please read the store description about any language or region restrictions.
STEAM CD KEY : Use the Steam Key Code on Steam Platform to download and play Silent Hill Homecoming. You must login to your Steam Account or create one for free. Download the (Steam Client HERE). Then once you login, click Add a Game (located in the bottom Left corner) -> Activate a Product on Steam. There type in your CD Key and the game will be activated and added to your Steam account game library.
STEAM KEY ROW : It means for Rest Of the World countries which are not concerned by the region restrictions. This product can't be purchased and activated in Several countries. Please read the store description to know the full list of countries which are concerned. Use the key to Download and play Silent Hill Homecoming on Steam.
Standard Edition

Silent Hill Homecoming got bad reviews but the game itself is not that bad, I actually enjoyed it. In my opinion the biggest problem was that it was ported very badly. I recommend but only for casual survival horror fans.

Best horror series ever, I love its stories and characters involved! 🙂