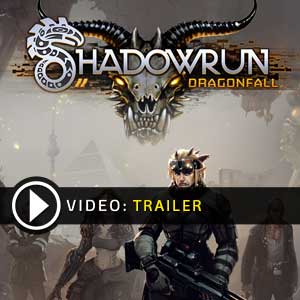 It's a digital key that allows you to download Shadowrun Returns Dragonfall directly to PC from the official Platforms.

How can I find the best prices for Shadowrun Returns Dragonfall CD keys?

Allkeyshop.com compares the cheapest prices of Shadowrun Returns Dragonfall on the digital downloads market to find the best sales and discount codes on trusted stores.

Shadowrun Returns Dragonfall is a role playing game developed and published by Harebrained Holdings. It is a standalone release of the critically-acclaimed Dragonfall campaign, which first premiered as a major expansion for Shadowrun Returns.

The game is set in an alternate future subsequent to an event known as the Awakening, which reintroduced magic into an otherwise normal world. With that devastation, dragons of unimaginable power (among them was the Great Dragon Feuerschwinge) are on the loose.

The humans have been divided into different metatypes: Dwarves, Elves, Orks, and Trolls. Those metatypes are subdivided into six classes: Street Samurai, Mage, Decker, Shaman, Rigger, or Physical Adept.

Gameplay is mostly linear. You move through the overworld in standard RPG fashion–finding quests and items, shops and secrets. Combat is turn based, with the player directing the actions of their party. All characters can move based on their Action Points (AP).

Characters begin with a base of 2 AP per turn which can increase or decrease depending on the skills, spells or items used on them. AP is used on such actions as moving, firing a weapon, reloading, or using a spell or item.

GOG.COM CD KEY : You need to register on Gog.com, then use the GOG Key to download and activate your game to play Shadowrun Returns Dragonfall.
Bundle

Nice game grom a series with great mechanics and graphics.

Very cool and entertaining game , i recommend it .

its very good game have fun 🙂