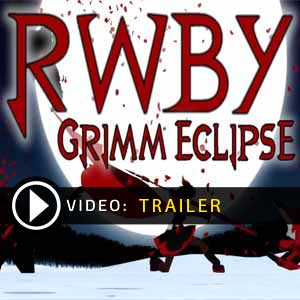 It's a digital key that allows you to download RWBY Grimm Eclipse directly to PC from the official Platforms.

How can I find the best prices for RWBY Grimm Eclipse CD keys?

Allkeyshop.com compares the cheapest prices of RWBY Grimm Eclipse on the digital downloads market to find the best sales and discount codes on trusted stores.

The game will bring you to the familiar locations of Remnant in addition to new places that was never been seen before. Choose from the four available characters to play: Ruby, Weiss, Blake and Yang. Journey as you get to unfold the new story lines. Battle Grimm and discover new Grimm types as well as new kinds of enemies. Each of your characters can level up their special abilities with the game’s unique skill tree.

RWBY: Grimm Eclipse gameplay has been inspired by games like Left 4 Dead and Dynasty Warriors. It will keep you engaged as it offers over-the-top battles with captivating missions and compelling storylines.

Be enchanted with RWBY: Grimm Eclipse from the amazing gameplay to the intense combat and the beautiful storyline.

Zoom 1m 3m 1y All
Track product
STEAM CD KEY : Use the Steam Key Code on Steam Platform to download and play RWBY Grimm Eclipse. You must login to your Steam Account or create one for free. Download the (Steam Client HERE). Then once you login, click Add a Game (located in the bottom Left corner) -> Activate a Product on Steam. There type in your CD Key and the game will be activated and added to your Steam account game library.
Early Access
Standard Edition
Compare Choose & Buy Download (743)