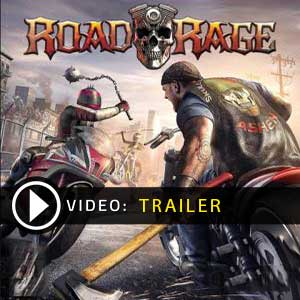 What is Road Rage CD key?

It's a digital key that allows you to download Road Rage directly to PC from the official Platforms.

How can I find the best prices for Road Rage CD keys?

Allkeyshop.com compares the cheapest prices of Road Rage on the digital downloads market to find the best sales and discount codes on trusted stores.

In the city of Ashen being “in” with the right people makes the difference between life and death. You play as Ace. Ace is the newest member of the outlaw motorcycle club. He controles Ashen with its underground crime.

You have two objectives in life: ride fast and earn money. Dreaming to become club president, you prepare a new strategy to fulfill the goals of the motorcycle gang. You can use your skill on a bike to propel you into a position of ultimate control. Once you are the president, you can use your crew to chase your own objectives. However being reckless could lead you to learn about war!

While racing, you and the other players are armed with melee weapons. Combat happen on the bike while driving. Players can simultaneous accelerate and combat other racers with weapons such as hockey sticks, knives, axes and baseball bats.

The game has split-screen and online multiplayer, and single player campaign.

STEAM CD KEY : Use the Steam Key Code on Steam Platform to download and play Road Rage. You must login to your Steam Account or create one for free. Download the (Steam Client HERE). Then once you login, click Add a Game (located in the bottom Left corner) -> Activate a Product on Steam. There type in your CD Key and the game will be activated and added to your Steam account game library.
Standard Edition