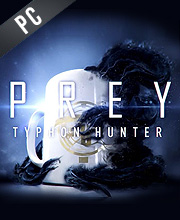 You can participate to these tests by adding comments about your digital download purchase in the store review page. Enjoy the best deals for Prey Typhon Hunter CD Key with Allkeyshop.com!

Prey Typhon Hunter is an action–adventure video game that is developed by Arkane Studios and published by Bethesda Softworks. This is a downloadable content for Prey so the base game is needed in order to play. This is also available to those who already own the Prey Mooncrash DLC.

Typhoon Hunter has two modes available. The first one is like a VR escape room. Here, players are immersed inside memorable locations found in Talos 1 and would need to solve each puzzle given to you.

The second mode is a multiplayer mode. There will be five players. One player will take the role of Morgan Yu and the other four players will take the role of Mimics (shape-shifting aliens). As Morgan, you must hunt down the Mimics and kill them all before the timer counts down to zero. As a Mimic, you can either just hide and stay alive until the timer runs out or go on and hunt Morgan and knock him out.

STEAM CD KEY : Use the Steam Key Code on Steam Platform to download and play Prey Typhon Hunter. You must login to your Steam Account or create one for free. Download the (Steam Client HERE). Then once you login, click Add a Game (located in the bottom Left corner) -> Activate a Product on Steam. There type in your CD Key and the game will be activated and added to your Steam account game library.
Standard Edition. Read the store description to know the content.

Be the first one to write a review about Prey Typhon Hunter !