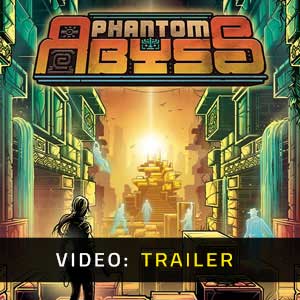 What is Phantom Abyss CD key?

It's a digital key that allows you to download Phantom Abyss directly to PC from the official Platforms.

How can I find the best prices for Phantom Abyss CD keys?

Allkeyshop.com compares the cheapest prices of Phantom Abyss on the digital downloads market to find the best sales and discount codes on trusted stores.

Seek for a new thrilling adventure in Phantom Abyss, the newest Action/Adventure massive multiplayer game that puts players into procedurally-generated temples with deadly chambers filled with booby traps and dangerous obstacles. You are one of the chosen players tasked to retrieve the sacred relics hidden in the temple. Many have tried, but all of them have failed. You only get one chance. Mess up, and all of you dies

EUROPEAN STEAM GIFT : It’s a steam gift for Europe which requires an European IP address to activate and to play Phantom Abyss on Steam. Read carefully the store description about region and language restrictions.
STEAM GIFT : A Steam gift is a one-time transfer you receive. You activate and install Phantom Abyss to play on Steam, it is a non-refundable game that stays in your Steam games collection. Please read the store description about any language or region restrictions.
STEAM CD KEY : Use the Steam Key Code on Steam Platform to download and play Phantom Abyss. You must login to your Steam Account or create one for free. Download the (Steam Client HERE). Then once you login, click Add a Game (located in the bottom Left corner) -> Activate a Product on Steam. There type in your CD Key and the game will be activated and added to your Steam account game library.
Early Access
Standard Edition