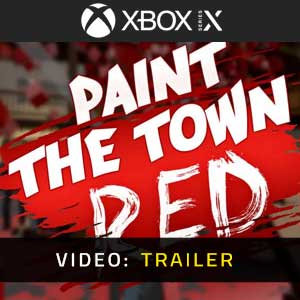 What is Paint the Town Red Game Code?

It's a digital key that allows you to download Paint the Town Red directly to Xbox Series X from Xbox Live.

How can I find the best prices for Paint the Town Red on Xbox Series X ?

Allkeyshop.com compares the cheapest prices of Paint the Town Red on the digital downloads market to find the best sales and discount codes on trusted stores.

Paint the Town Red is a voxel-based 3d fighting game developed by South East games, it features three main game modes scenario levels, beneath, and arena mode. Scenario levels are massive battle royals taking place in themed locations like biker bars, the Prison complex, the discotheque, etc. To survive and be the last man standing you will need to use your wits and everything you can pick up to secure an advantage. Beneath is a Roguelike mode in which you fight your way through procedurally generated levels and many new enemy types and bosses. Arena mode is just like scenario levels but in a gladiatorial arena and additional challenges.

Paint the Town Red is one full of surprise and delight. The time it’s had in Early Access has clearly helped in its development, with the arrival on Xbox coming across as almost two separate games bundled into one package – scenarios and arena being one, and Beneath being another.