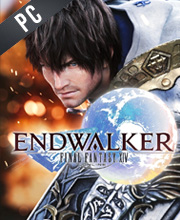 It's a digital key that allows you to download FINAL FANTASY 14 ENDWALKER directly to PC from the official Platforms.

How can I find the best prices for FINAL FANTASY 14 ENDWALKER CD keys?

Allkeyshop.com compares the cheapest prices of FINAL FANTASY 14 ENDWALKER on the digital downloads market to find the best sales and discount codes on trusted stores.

Final Fantasy 14 Endwalker is the fourth major expansion for Final Fantasy 14 online developed by Square Enix, it will continue the story of the Zodiark and Hydaelyn storyline ending the conflict eons in the making, Visit the cities of Old Sharlayan and Radz-at-Han, visit the regions of Thavnair and Garlemald and many more new locations. Unlike the prior expansions, Endwalker will conclude the narrative within the expansion’s main scenario quest unlike previous expansions, the subsequent patches will instead Begin to focus on building a whole new story arc for Final Fantasy XIV.

This Edition of Final Fantasy 14 Endwalker contains the base game and the digital collector’s edition bonus items.