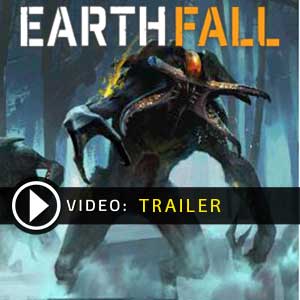 What is Earthfall CD key?

It's a digital key that allows you to download Earthfall directly to PC from the official Platforms.

How can I find the best prices for Earthfall CD keys?

Allkeyshop.com compares the cheapest prices of Earthfall on the digital downloads market to find the best sales and discount codes on trusted stores.

Earthfall is an action video game that is developed and published by Holospark.

Earthfall is a co-op shooter that will let you play with up to 4 of your friends as the fight begins when the world ends. With you and your team, gather your weapons and bring your portable defenses. Work together as savage aliens are out to get you. Get to accomplish all the objectives and finish all 10 epic levels. Defend your holdouts and fortify them. 3D printers are available for you to create more weapons, turrets as well as barricades.

Start solo in the game and call friends for backup. If your teammates are not available, A.I. bots can fill in their shoes. Choose from the four exciting characters, every one of them has the willpower to survive as well as the drive to reclaim earth. A different personality for each can also be seen.

The visuals are stunning and detail in the game is dramatic all thanks to the Unreal Engine 4 technology.

EUROPEAN STEAM GIFT : It’s a steam gift for Europe which requires an European IP address to activate and to play Earthfall on Steam. Read carefully the store description about region and language restrictions.
STEAM GIFT : A Steam gift is a one-time transfer you receive. You activate and install Earthfall to play on Steam, it is a non-refundable game that stays in your Steam games collection. Please read the store description about any language or region restrictions.
STEAM CD KEY : Use the Steam Key Code on Steam Platform to download and play Earthfall. You must login to your Steam Account or create one for free. Download the (Steam Client HERE). Then once you login, click Add a Game (located in the bottom Left corner) -> Activate a Product on Steam. There type in your CD Key and the game will be activated and added to your Steam account game library.
Early Access
Standard Edition