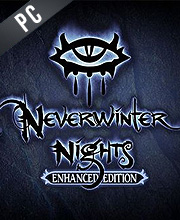 It's a digital key that allows you to download Dungeons & Dragons Neverwinter Nights Complete directly to PC from the official Platforms.

How can I find the best prices for Dungeons & Dragons Neverwinter Nights Complete CD keys?

Neverwinter Nights is a third person, role-playing video game developed by BioWare and published by Atari. The game comes with an exciting single-player and multiplyer modes. It comprises approximately sixty hours of exciting game play. The game is set in the fantasy world of the Forgotten Realms campaign setting, with its game mechanics based on the Dungeons and Dragons 3rd edition rules.

The game play focuses on the development of a player’s character who will become the hero of the story. The game provides a set of ready-made characters, gender, appearance, race and a name. Also, the game lets the player choose his character’s skill set that would work well during the game.

Additionally, the game comes with a number of chapters with different quests, story lines and sub-quests. The progress depends on the completed quests and items kept. Some story lines are continued throughout the game. Completion of sub-quests will give the player’s character more experience and as well as special items, which improves the ability and skills of their character make it easier for you as you continue through the game.

These improvements will reflect in a form of levels and are earned through experience points. The higher the level, a new set of high enhancements will be given to the player’s character.

STEAM GIFT : A Steam gift is a one-time transfer you receive. You activate and install Dungeons & Dragons Neverwinter Nights to play on Steam, it is a non-refundable game that stays in your Steam games collection. Please read the store description about any language or region restrictions.
Enhanced Edition

Loved it when it was new, got a bit dated in comparison to other RPGs, though.