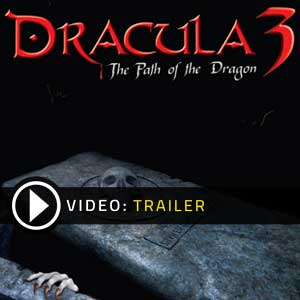 What is Dracula 3 CD key?

It's a digital key that allows you to download Dracula 3 directly to PC from the official Platforms.

How can I find the best prices for Dracula 3 CD keys?

Allkeyshop.com compares the cheapest prices of Dracula 3 on the digital downloads market to find the best sales and discount codes on trusted stores.

Dracula 3 is a point-and-click adventure/horror video game developed by Kheops Studio and published by Microïds in Europe and Encore Games in North America.

The year is 1920 and Transylvania is being annexed to Romania and the Vatican fears that Catholicism will become the minority, the solution that they came up with is to have a candidate for sainthood in the area to reaffirm their faith.

They sent Father Arno Moriani to look for such a person. However, when he arrived in Transylvania, he is greeted with unexplainable killings which led him to believe that a vampire is responsible, but vampires do not exist, or do they?

The game is played from a first-person perspective with the direction in which the player is facing and controlled by the mouse. On each static screen, the player is free to look around 360 degrees.

The game’s interface is very simple; there is no HUD, instead the player has access to an inventory in which all items are stored. From the inventory, the player can also access objectives, review dialogue and examine any documents they have acquired.

STEAM CD KEY : Use the Steam Key Code on Steam Platform to download and play Dracula 3. You must login to your Steam Account or create one for free. Download the (Steam Client HERE). Then once you login, click Add a Game (located in the bottom Left corner) -> Activate a Product on Steam. There type in your CD Key and the game will be activated and added to your Steam account game library.
Complete Edition
Standard Edition
Compare Choose & Buy Download (743)