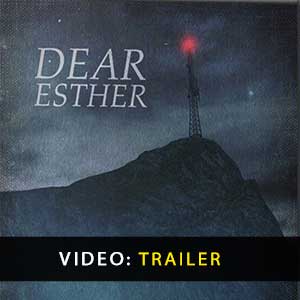 What is Dear Esther CD key?

It's a digital key that allows you to download Dear Esther directly to PC from the official Platforms.

How can I find the best prices for Dear Esther CD keys?

Allkeyshop.com compares the cheapest prices of Dear Esther on the digital downloads market to find the best sales and discount codes on trusted stores.

The plot is set at an uninhabited island known as Hebridean island. As you step forward, you will hear a man’s voice reading fragments of a letter to a woman named Esther. The character of the narrator is not quite known, but with the story you could be led to believe that he is the husband of Esther. Esther on the other hand is dead, and has been killed in a car accident.

You will also get to know the other characters in the game like Donnelly, a cartographer who in the past, chartered the island. Another character is Paul, who is suggested through out the game, to be the drunk driver who killed Esther. Another name that you will hear is Jakobson, a shepherd who lived in the island in the eighteenth century. Discover how their lives intertwine as you progress through the game.

Dear Ether is an art form in itself you will be enchanted with the beautiful graphics it offers as you go around the island learning Esther’s story. With breathtaking graphics comes a great musical score as well.

This is one game that you will absolutely fall for.

Zoom 1m 3m 1y All
Track product
EU STEAM CD KEY: Requires an EUROPEAN IP address or you must activate it with a VPN (Virtual Private Network) in order to play Dear Esther. Might have languages restrictions or language packs. Read the description on the store game page to know if the EU IP is only needed for activation or for playing also (maybe on EU Servers). Most of the stores offer you their help, or show you how to do this with a tutorial to follow.
STEAM CD KEY : Use the Steam Key Code on Steam Platform to download and play Dear Esther. You must login to your Steam Account or create one for free. Download the (Steam Client HERE). Then once you login, click Add a Game (located in the bottom Left corner) -> Activate a Product on Steam. There type in your CD Key and the game will be activated and added to your Steam account game library.
STEAM KEY ROW : It means for Rest Of the World countries which are not concerned by the region restrictions. This product can't be purchased and activated in Several countries. Please read the store description to know the full list of countries which are concerned. Use the key to Download and play Dear Esther on Steam.
Land Mark Edition
Limited Edition
Standard Edition
Compare Choose & Buy Download (772)

Mostly just an interesting thing techwise when it came out, but as a game hard to recommend even for a dollar.