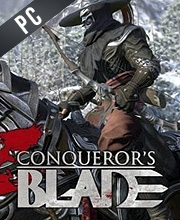 What is Conqueror's Blade Soldier of the Steppes Pack CD key?

It's a digital key that allows you to download Conqueror's Blade Soldier of the Steppes Pack directly to PC from the official Platforms.

How can I find the best prices for Conqueror's Blade Soldier of the Steppes Pack CD keys?

Allkeyshop.com compares the cheapest prices of Conqueror's Blade Soldier of the Steppes Pack on the digital downloads market to find the best sales and discount codes on trusted stores.

Conqueror’s Blade is a MMORPG published and developed by Booming Games for PC.

With this world the developers sought to amalgamate ancient Eastern and Western civilizations.

The game accurately recreates weapons, armor and troops from many civilizations such as a European sword knight and Swiss halberdier.

In addition, Conqueror’s Blade features an unprecedented feature in the game, a “world sandbox” which enables players to preside over vast territory.

The game wards you all the requisites with which you can recreate the real medieval warfare experience.

Recreate spectacular scenes of realistic medieval combat and become one with a world plagued by conflict.

Get ready to embrace the smooth controls with which the game is equipped, and enjoy over 1,000 sq km of conquerable territory.

Reign over your own kingdom as you lead your armies into battle while coping with the various weather conditions.

Conqueror’s Blade looks well made and very polished, the graphics are good and the game looks similar to mount and blade, overall it seems like a good Online strategy, good price too!