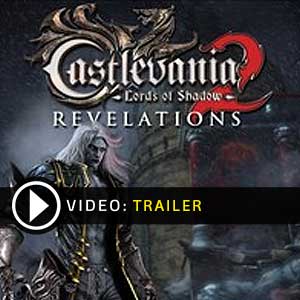 What is Castlevania Lords of Shadow 2 Revelations CD key?

It's a digital key that allows you to download Castlevania Lords of Shadow 2 Revelations directly to PC from the official Platforms.

How can I find the best prices for Castlevania Lords of Shadow 2 Revelations CD keys?

Allkeyshop.com compares the cheapest prices of Castlevania Lords of Shadow 2 Revelations on the digital downloads market to find the best sales and discount codes on trusted stores.

Uncover Alucard’s secrets and the true extent of his involvement in the events of this expansion. As an added option to the game, secondary weapons like daggers and holy water, combined with light and dark magic, provides a wealth of powerful attacks to unleash upon your foes. With all behemoth enemies and gruesome bosses, this will present a whole new challenge.

Take advantage of the newly added game features such as enhanced High Definition Graphics, solid 60 frames per second (recommended spec), achievement integration through Steam with Cloud saving, and Big Picture support for full Gamepad control. Graphically, the game still looks gorgeous and platforming gets a nice amount of focus here. Music is still rather haunting so that’s a plus.

Zoom 1m 3m 1y All
Track product
EU STEAM CD KEY: Requires an EUROPEAN IP address or you must activate it with a VPN (Virtual Private Network) in order to play Castlevania Lords of Shadow 2 Revelations. Might have languages restrictions or language packs. Read the description on the store game page to know if the EU IP is only needed for activation or for playing also (maybe on EU Servers). Most of the stores offer you their help, or show you how to do this with a tutorial to follow.
STEAM CD KEY : Use the Steam Key Code on Steam Platform to download and play Castlevania Lords of Shadow 2 Revelations. You must login to your Steam Account or create one for free. Download the (Steam Client HERE). Then once you login, click Add a Game (located in the bottom Left corner) -> Activate a Product on Steam. There type in your CD Key and the game will be activated and added to your Steam account game library.
STEAM KEY ROW : It means for Rest Of the World countries which are not concerned by the region restrictions. This product can't be purchased and activated in Several countries. Please read the store description to know the full list of countries which are concerned. Use the key to Download and play Castlevania Lords of Shadow 2 Revelations on Steam.
DLC
Standard Edition
Compare Choose & Buy Download (803)