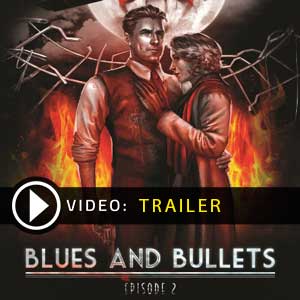 What is Blues and Bullets Episode 2 CD key?

It's a digital key that allows you to download Blues and Bullets Episode 2 directly to PC from the official Platforms.

How can I find the best prices for Blues and Bullets Episode 2 CD keys?

Allkeyshop.com compares the cheapest prices of Blues and Bullets Episode 2 on the digital downloads market to find the best sales and discount codes on trusted stores.

Blues and Bullets Episode 2 is an adventure video game developed and published by A Crowd of Monsters.

This is a downloadable content so you will need the base game in order to play. Also, this is the second out of the five episodes available for the game.

The former leader of the Untouchables, Eliot Ness is just about to retire. He wants to just concentrate on his diner and spend the rest of life in peace there. No longer does he want to be around the corrupt city of Santa Esperanza.

So many of the city’s children is going missing and the cops don’t seem to give a damn. Eliot will not let this pass and decided to take the law into his own hands. Who is to help the missing children if not Eliot. However, this would mean that retirement will be pushed back once again.

Help Eliot solve the mystery of the missing children. Help will also come from different places and characters that you do not expect.

Zoom 1m 3m 1y All
Track product
STEAM CD KEY : Use the Steam Key Code on Steam Platform to download and play Blues and Bullets Episode 2. You must login to your Steam Account or create one for free. Download the (Steam Client HERE). Then once you login, click Add a Game (located in the bottom Left corner) -> Activate a Product on Steam. There type in your CD Key and the game will be activated and added to your Steam account game library.
Complete Edition
DLC
Compare Choose & Buy Download (743)